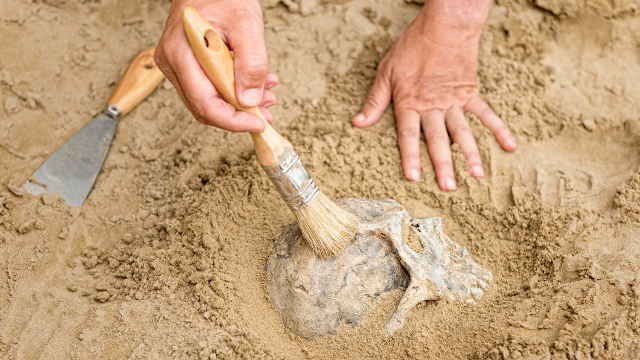 ISTOCK, MICROGENA comparison of the genomes of Stone Age hunter-gatherer bones found in South Africa with those of other populations suggests Homo sapiens arose much earlier than the commonly accepted estimate of 200,000 years ago, researchers reported yesterday (September 28) in Science.

The team analyzed DNA of seven skeletons from the KwaZulu-Natal province of South Africa. Three were hunter-gatherers who lived during the Stone Age, about 2,000 years ago, and four were Iron Age farmers who lived between 300 and 500 years ago. The researchers compared their genomes with those of other ancient and modern people to reconstruct when different groups split off from one another. Their reasoning was that the splits must have occurred after the human species arose, Mattias Jakobsson of Uppsala University in Sweden tells the Associated Press. Based on those estimates, his group reports that Homo sapiens likely diverged from another related species...

“The reconstruction of deep human history in Africa is becoming increasingly robust when the dating of fossils, such as those from Morocco, the Stone Age archaeological record and human DNA come together to highlight interesting periods in our evolutionary past,” another of the study’s authors, Marlize Lombard of the University of Johannesburg, tells Reuters. 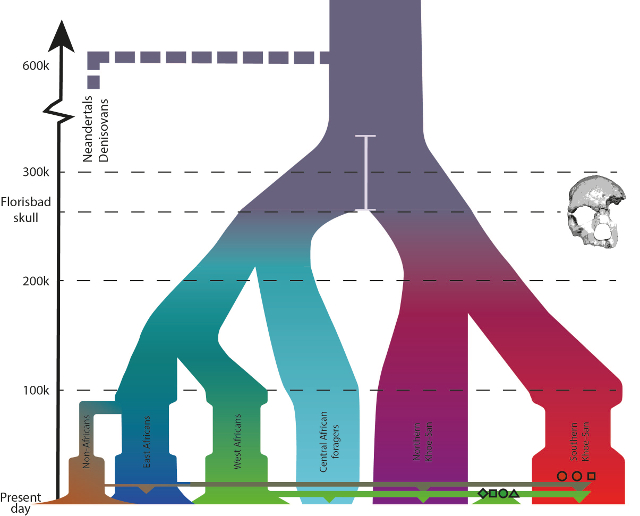