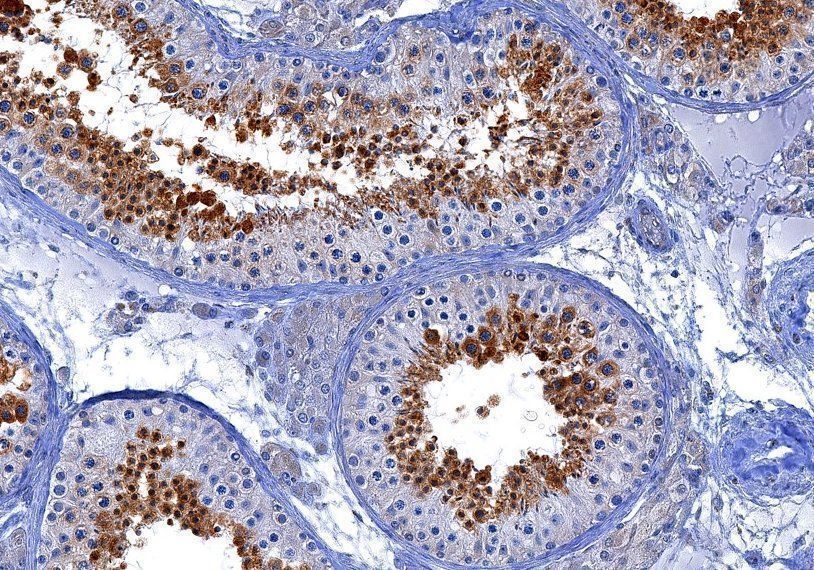 Heavy use of marijuana has been linked to low sperm counts and testicular germ cell cancers, but whether these conditions are actually caused by the drug or whether cannabinoids could even interact with these cells locally is unclear. A study in Scientific Reports today (September 19) reveals that the full toolbox of the endocannabinoid system is present in human testes, and therefore, in principal, cannabinoids could act directly on the male reproductive system.

“While the endocannabinoid system has been shown to play a major role in the physiology of the nervous system and shown to influence metabolism, its impact on reproductive organs has not been thoroughly elucidated. This paper adds valuable data to the growing evidences that the endocannabinoid system is an important component of male gonads,” Polina Lishko, a reproductive biologist at the University of California,...

“It shows that the whole system is there, which [indicates] it has a physiological importance,” adds endocrinologist Jorma Toppari of the University of Turku in Finland who also did not participate in the research. What that physiological function is, “we don’t know” yet, he says.

Because marijuana is a well-known psychoactive drug with effects on mood and perception, the endocannabinoid system—the proteins and pathways that respond to cannabinoids in the plant and to the body’s own endocannabinoids—has been mostly explored and characterized in the brain. But evidence exists that the system functions in other parts of the body and in other physiological processes, such as immunity, appetite, and reproduction.

The endocannabinoid 2-AG and the cannabinoid receptors CB1 and CB2 have been detected in human sperm. And, says Niels Skakkebæk of the University of Copenhagen, “we had seen that . . . young men who were smoking marijuana, they had lower sperm counts, so lower semen quality.” There were, however, no studies of the endocannabinoid system in the human testes where spermatogenesis actually happens, he says.

To fill this gap, Skakkebæk and colleagues examined healthy testes tissue specimens from 15 men undergoing surgery for testicular cancer as well as from a number of multi-organ donors. They performed immunohistochemistry to detect the endocannabinoid receptors and the enzymes that synthesize and degrade endocannabinoids. For the endocannabinoids themselves, which are lipid-based molecules and therefore incompatible with immunohistochemistry, the team used a method called matrix-assisted laser desorption ionization (MALDI ) imaging analysis—a type of mass spectrometry performed on thin tissue sections.

From these studies the researchers found that components of the system were present in both developing spermatozoa, and the supporting, hormone-secreting cells of the testes including Leydig and Sertoli cells.

“We were quite surprised that it was so fully expressed,” says Skakkebæk. But “it’s not evenly distributed,” he adds. “In the germ cells, it appears that it is particularly strongly expressed in the later stages of cell division . . . indicating that it plays a specific role [at that point of sperm development].”

The results signal that cannabis users should beware, says infertility expert Sheena Lewis of Queens University in Belfast who was not involved in the research. “If you take recreational cannabis and you add enormously to the levels [of cannabinoids] that should be there, then obviously that is really bad news because that is going to be [potentially] . . . throwing the whole system into disarray.”

As yet, the results are of “unknown significance” for fertility, so worrying too much would be “premature,” says Raul Clavijo, a specialist in male reproductive medicine of the University of California, Davis, who was not part of the research team.

Certainly, “there is still a lot to learn about the system,” says Skakkebæk “This is just the beginning.” However, it is important “for all of us to realize that this system . . . is not only expressed in the brain but is also widely expressed in the testes, so when a person smokes marijuana or takes cannabis we must assume that these drugs also react with [testes] cells.”