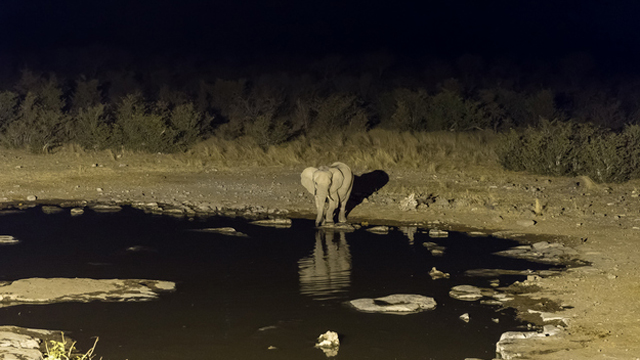 ISTOCK, GROBLERDUPREEZMammals around the world are becoming more active at night, making it less likely for them to have run-ins with humans, researchers report today June 14 in Science.

This isn’t the first time mammals have retreated to the shadows. In the time of the dinosaurs, “all mammals were active entirely at night, because dinosaurs were the ubiquitous terrifying force on the planet,” study coauthor Kaitlyn Gaynor of the University of California, Berkeley, tells New Scientist. “Now humans are the ubiquitous terrifying force on the planet, and we’re forcing all of the other mammals back into the night-time.”

She and her colleagues did a meta-analysis of 76 studies on 62 mammals across six continents to look for shifts in the animals’ daily activities in response to humans. Most animals, including some that are primarily nocturnal, became roughly 20 percent more active at night.

A remaining question is how the animals’ shifts in activity will affect their survival. Moving around at night could reduce the deaths of these animals at the hands of humans, conservation biologist Ana Benítez-López of Radboud University in Nijmegen, the Netherlands, tells Nature. But it might also affect the skills they rely on to survive. Carnivores, for example, often need to see to hunt so they hunt during the day. If they shift to hunting at night, they may not find as much food. Failing to eat well or mate could harm the animals’ long-term health, Benítez-López says.

Gaynor notes in New Scientist that mammals are equipped to deal with the dark, because their ancestors did it for millions of years during the dinosaur era. Many mammalian species are probably already adapting now, she says. And so are humans, adding artificial lights to change the nature of night, says Kate Jones of University College London to New Scientist.