The Hungarian Parliament on Tuesday (July 2) passed a bill that takes control for funding Hungarian research bodies away from the Hungarian Academy of Sciences and gives it to a government-led committee, Reuters reports.

In the current system, as Reuters has reported previously, the government funds the Academy, which in turn distributes the budgets for the 15 institutions within its research network.

Under the new law, the 15 research institutions will be removed from Academy oversight and brought under a new government-run entity, called Eotvos Lorand Research Network, Al Jazeera reports. Funds for research will be distributed by a committee whose chairman will be appointed by Prime Minister Viktor Orban,.Half of the committee members will come from the government, according to Reuters, and the panel will have the power to close and open research institutions.

Talk of such a government takeover of research funding have been going on since February, when thousands of scientist protesters formed a human chain around the Academy of Sciences building in Budapest.

The government says that the change is intended to ensure the efficient use of resources. But opposition groups say that it represents yet another step toward one-party rule, and thousands of Hungarians took the streets on Tuesday to protest the bill.

Researchers are worried that under the new plan, they will be forced to research subjects of interest to the government, rather than having academic autonomy, Emese Szilagyi, the scientific secretary of the Institute for Legal Studies at the Academy of Sciences, tells Human Rights Watch. 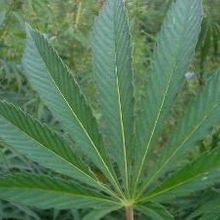