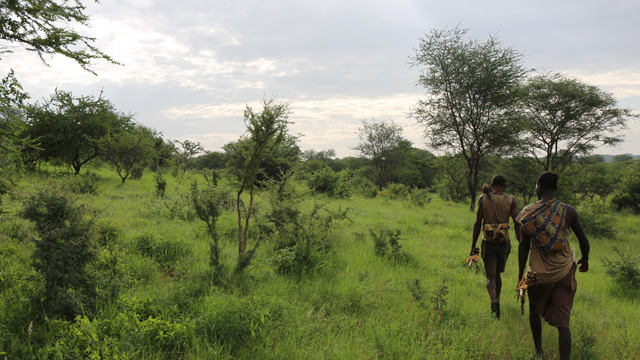 Hadza men prepare to hunt.IMAGE COURTESY OF JEFF LEACHFewer than 200 Hadza people live as hunter-gatherers near the shore of Lake Eyasi in Tanzania. In a study published today (August 24) in Science, a team led by Justin Sonnenburg of Stanford University has shown that their gut microbiota composition cycles with the Tanzanian seasons. The authors also found a clear segregation in the make-up of the microbiome between non-industrialized and industrialized populations.

This result “gives us some evidence that there was a common type of microbiome that accompanied humans for tens of thousands, maybe hundreds of thousands of years as we spread around the planet,” says Sonnenburg. “What’s amazing is that the same species in the Hadza that show volatility over the seasons are the same ones that we have lost in the industrialized world. Something about fluctuations in the microbiome makes certain species vulnerable...

In order to better understand the microbiome of modern hunter-gatherers, Sonnenburg and colleagues collected 350 stool samples from 188 Hadza individuals across 12 months. The authors’ genomic analysis and data from a previous study revealed that the Hadza microbiomes are more diverse during Tanzania’s dry season than in the wet season, and that taxa present during one dry season was consistent with the other dry season.

The phylum Bacteriodetes declined during rainy periods, while the phylum Firmicutes remained stable. Repeated sampling of eight individuals’ microbiota across the seasons showed that some other taxa—such as the Spirochaetes—dropped below the limits of detection during the wet season. 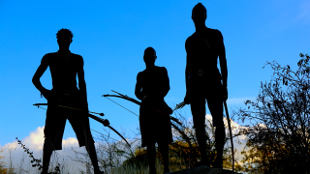 The authors found that the production of enzymes that microbes use to digest carbohydrates varied seasonally as well. In the dry season, when a large proportion of the Hadza diet is made up of hunted game, there was greater diversity of these enzymes than in the wet season, when the Hadza more often eat berries and honey.

Industrialized microbiomes contained less diversity in these enzymes, and had lower levels of the enzymes primarily used to digest plants.

Amanda Henry, an anthropologist at Leiden University in the Netherlands who did not participate in this study but led previous work investigating Hadza microbiomes, cautions against looking to the Hadza microbiota as an ideal healthy microbiome to strive for, and explains that their microbiomes do not necessarily reflect those of human ancestors. Although they live as hunter-gatherers, the Hadza have been co-evolving with their microbes for as long as industrialized populations have been co-evolving with theirs, she says.

“We can say there are these differences, but we don’t have a good handle on what they mean,” explains Henry. “In some cases, you can draw correlations between health and disease and certain bacterial communities, but there seems to still be a bit of the chicken and the egg problem with that.”

“The way forward is to study what these microbes do in the human host,” says Jens Walter, a biologist at the University of Alberta in Canada who was not involved in the study. “At the moment we know they are lost, and we have this attractive hypothesis that losing them might contribute to Western disease, but we don’t really have a lot of functional studies to prove that.” 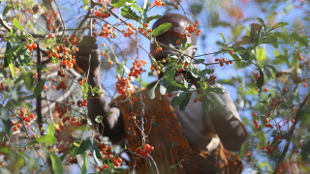 Sonnenburg’s group is already at work isolating and characterizing the biology of the microbes from the Hadza. In the short term, the team will explore microbial function in germ-free mice, and then possibly move into humans.

“We’re entering an era where a lot of people in the field are thinking about changing the microbiome to change people’s health,” Sonnenburg says. “This research suggests that the palette of microbes that will be used for reprogramming the human microbiome is much bigger than we originally thought when we were just sequencing other industrialized people.”