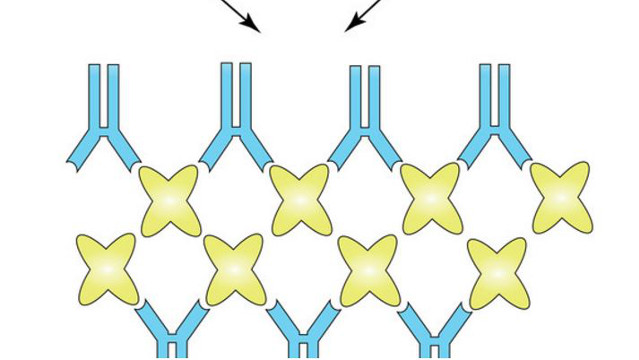 LEAF BIO/MAPP BIOPHARMACEUTICALCan a piece of film half the size of a standard Band-Aid protect women from HIV and genital herpes? That’s the promise of MB66, a “multipurpose prevention technology” being developed by San Diego–based firm Leaf Bio, an arm of the company that developed the experimental Ebola treatment ZMapp last year.

MB66 is a quick-dissolving film that carries antiviral human monoclonal antibodies—grown in plants—to the mucosal surface of the vagina. In preclinical tests, the film has worked to block viral transmission for periods of 12 to 24 hours.

In an upcoming clinical trial, immunologist Deborah Anderson of Boston University and her collaborators will test the safety of MB66 in a small cohort of women. If this prototype is successful, the strategy of delivering topical antibodies via the film could be expanded to include antibodies against other sexually transmitted infections, or even against sperm, to act as a...

The idea of delivering therapeutic antibodies directly to the surfaces, sites, or organs where they’re needed is more than a decade old. While in situ antibody delivery is now a common therapeutic route for certain eye diseases, localized delivery routes for therapeutic monoclonal antibodies haven’t gained much clinical traction. “Therapeutic antibodies dominate eight out of 10 current blockbuster drug classes,” said immunologist David Grainger of the University of Utah. “There are hundreds of clinical trials going on with new antibodies . . . to this day, most of those formulations are intravenous.”

Anderson, Grainger, and other immunologists have touted the benefits of local antibody applications. When used within confined spaces in tissues, higher local concentrations could make antibodies work better at lower overall doses, and decreased levels of circulating antibodies could potentially reduce systemic side effects. Most local administration routes—such as topical application and oral administration—would also be less invasive than injection-based treatments.

But getting such treatments to work can be tricky, according to a 2014 review coauthored by scientists at Novartis and the University of Regensburg in Germany. Localized antibodies are often short-lived, so their effective activity in a tissue can be short. In instances such as joint infections or tumor resection, delivering antibodies locally may be more invasive than a routine systemic dose. Researchers trying to solve these problems have turned to controlled-release formulations, some of which are being tested in local antibody deliveries to the eye.

Local antibody treatments for a retinal disease known as age-related macular degeneration (AMD) have been on the market for approximately 10 years. The treatments rely on regular injections of anti-VEGF-A antibodies that inhibit the overgrowth of blood vessels. Since antibodies are too large to cross the blood-retina barrier, they remain confined at high, effective concentrations and are stable for days or weeks, explained Diana Pauly of the University of Regensburg. Early successes with regular injections have now led to clinical studies of controlled-release gels or other substances that could reduce the frequency of retinal injections. But for now, little is known about the long-term effects of localized antibodies within the eye.

“We have patients who have received about 40 shots in an eye and are doing fine now. The side effects are minimal but of course it’s stressful for the patient, so people are looking for better delivery systems,” Pauly said. “On the other hand, if you block VEGF for a long time, then you don’t have good nutrient supply in the retina anymore. We don’t know what the long blocking effect does to the local environment.”

Unlike in the eye, antibodies can remain active on mucosal surfaces such as the vagina for longer periods of time. In one recent study, researchers at Johns Hopkins University in Baltimore, Maryland, and their colleagues showed that cervical mucus enhanced immunoglobulin protection against vaginal herpes infections by “trapping” the antibodies within mucus. In ongoing studies, Anderson and her collaborators are working to prolong the protective effects of localized antibodies by using vaginal rings instead of the delivery films. Long-term protection is key to reducing the burden of sexually transmitted diseases, said Anderson.

“Study participants just don’t think they have to protect themselves every time they have intercourse, and that’s why a lot of the microbicide trials for HIV prevention have failed,” she said. “It’s really important to have a longer term prevention strategy like the ring.”

Beyond simply delivering preventive and therapeutic antibodies, Anderson hopes to eventually develop a mucosal vaccine that can stimulate a local immune response in the genital tract. “The vaccine field has latched on to the idea that . . . all we have to do is give a systemic vaccine and that’s good enough,” she said. “But some of those immunoglobulins are locally produced, and those coming in from the systemic circulation aren’t very abundant. I think there’s an important role for mucosal vaccines. That would be the most effective way to fight HIV and some of these other sexually transmitted pathogens.”