This past April, Mount Sinai oncologist Joshua Brody and his team announced a clinical trial that delivers immune modulators directly to the tumor environment that stimulate a patient’s immune system to treat several types of cancer. The approach is called in situ vaccination, and it can take many forms such as a virus or targeted radiation. What they all have in common is that they are delivered directly into a tumor to help the immune system recognize and attack the malignancy and then, ideally, other cancer cells that have metastasized throughout the body.

Along with the clinical trial announcement, Brody and his team published preliminary data showing that 8 out of 11 patients with lymphoma saw their treated tumors shrink, and in three patients even distant, untreated tumors dwindled in response to the in situ vaccine. Brody says that although he knew the treatment was “supposed to work” based on his preclinical work, after administering it to the first few people in the study, he was “surprised how profound the tumor regressions were . . . and how long lasting some of them have been.” One patient had a complete response lasting more than four years and a patient with a partial response is still in ongoing remission six months after treatment. Brody adds that since the data were published, another patient has been treated and is also in continued remission six months later.

Brody’s is one of many clinical trials testing a new generation of in situ vaccinations. Although one in situ vaccination—an injection of Bacillus Calmette-Guerin (BCG), an inactivated strain of the tuberculosis bacterium, approved by the US Food and Drug Administration to treat bladder cancer—has been on the market for decades, no more were approved until just a few years ago, when Amgen’s T-VEC, which uses a genetically modified herpes virus, was green lighted to treat melanoma.

Now, thanks to a more complete picture of adaptive immunity and the advancement of immune-stimulating approaches to treating cancer, in situ vaccination has seen a resurgence of interest, with many researchers excited about the possibility of combining the technique with other immunotherapies. In fact, in the new trial, Brody’s patients will receive both the vaccine and a checkpoint inhibitor, which takes the brakes off the immune system.

“There’s a lot of excitement about [in situ vaccination] because of the recognition of the potential for combined modalities to get more effective therapies,” says University of Wisconsin oncologist Zachary Morris.

In the case of cancer, dendritic cells are responsible for recognizing tumor-associated antigens and presenting them to T cells, which use that information to target and kill cancer cells. Some of these antigens are present on the surface of tumor cells, others are sequestered away and only released when some of the tumor cells die. Once T cells learn to recognize a particular antigen, they can attack any cell that makes it—not only at the tumor site, but anywhere throughout the body.

The goal of in situ vaccination is to take an immunosuppressive tumor and put in something that is highly recognized by the immune system.

But tumors have their own defenses. They secrete molecules that suppress the local immune system in myriad ways, such as inactivating T cells and preventing the recruitment of antigen-presenting dendritic cells. Scientists have worked out several strategies for reigniting a T cell response against tumors. Some of the most successful examples are checkpoint inhibitors, which bind to T cells to block molecules from the tumor cell from binding to them and turning them “off.” While several checkpoint inhibitors have been approved by the US Food and Drug Administration, they don’t work for all patients or all cancers.

Another burgeoning strategy is removing a patient’s dendritic cells or T cells, engineering them in the lab to present or recognize certain tumor-associated antigens, and then infusing them back into a patient’s body. While these strategies—known as dendritic cell vaccines and CAR T cell therapy—show promise, tumor-associated antigens vary widely both within and between individuals, so each person’s cells are engineered separately which can take weeks or more and be extremely costly. Additionally, sometimes the tumor can evolve to “kick out” a particular antigen, says Silke Paust, an immunologist at the Scripps Research Institute. When this happens, the cancer is no longer responsive to the treatment that helped it recognize that antigen.

In situ vaccination is another option. Instead of engineering cells in the lab, scientists use radiation or injections of special viruses that kill some of the cancer cells and stimulate the tumor to release the antigens hidden inside, essentially creating a personalized vaccine within the body. Dendritic cells nearby are activated to pick up and present these tumor antigens, spurring T cells to fight the cancer. The trained immune cells then circulate throughout the body.

“The reason the cancer is surviving is because the cancer is able to suppress the response against itself,” says Steven Fiering, an immunologist at Dartmouth College. “The goal of in situ vaccination is to take an immunosuppressive tumor and put in something that is highly recognized by the immune system.”

The next generation in situ vaccine

Researchers have largely focused on activating the dendritic cells that existed in the microenvironment, but Brody wanted to make sure there were enough dendritic cells there to get the job done. He wanted to know: “What if you get a ton more dendritic cells into the tumor?” The first component of Brody’s team’s treatment, a naturally occurring ligand called Fms-like tyrosine kinase 3 ligand (Flt3L), sends out molecular signals recruiting dendritic cells to the site of the injection.

“Most of the recently reported trials have not included this component,” he says. There are other researchers exploring strategies to promote dendritic cell proliferation, he adds. “Over the next three years, we will be hearing about an increasing number of these [therapies].”

So far, success has been moderate.

Paust says the strategy is “very clever” and that if it’s effective, it has the potential to address several concerns of other therapies for all kinds of cancers. Not only could it be faster and less expensive than some therapies, but because it doesn’t rely on the presence of one or two specific antigens, the tumor may be less likely to adapt and escape the therapy.

Perhaps most importantly, patients in Brody’s study had few adverse effects, most of which were relatively mild, flu-like symptoms or fevers. This good safety profile is common of many types of cancer immunotherapies on the market and in development, notes Paust. “Cancer immunotherapy is the way of the future, because it is so much less toxic than chemotherapy.”

In situ vaccination in particular stands to be a safer option for patients even than other immunotherapies. Because the treatment is localized to the tumor site, Morris says, in situ vaccination can “limit the systemic toxicities because you’re not giving [the patient] nearly as much of those agents, but you’re giving them to the key place.”

Many new in situ vaccines are currently in trials. “So far, success has been moderate,” says Brody. Using oncolytic viruses, like T-VEC, that preferentially infect and kill cancer cells so they release previously unexposed antigens is an increasingly popular strategy for delivering treatments directly to tumors.

Brody’s research is illustrative of another broad theme in immunotherapy development: the move toward combining multiple immune-modulating drugs. In the data published by Brody and his team in April when they announced the new trial, they showed that 80 percent of mice treated with the vaccine plus a checkpoint inhibitor experienced remission for three months, compared to 40 percent of those treated with only the vaccine, and none of those treated with only the checkpoint blockade. The combination was “orders of magnitude” more effective than the checkpoint treatment on its own, says Brody.

The results were so promising, says Brody, that patients in the new trial will receive a checkpoint inhibitor, which he believes will boost the efficacy of the vaccine. In addition to the new trial testing the combination in lymphoma, breast, and head and neck cancer patients, the team is also conducting preclinical studies testing the technique in liver and ovarian cancer.

Many researchers are testing in situ vaccines alongside other treatments, especially checkpoint inhibitors. This includes the previously approved T-VEC, which Brody says has “limited efficacy” on its own but is currently in a Phase 3 trial in combination with a checkpoint inhibitor.

“We’re really in the infancy of cancer immunotherapy,” says Fiering. “Most people who do immunotherapy understand that we’re going to keep raising the survival rates by combining things.” 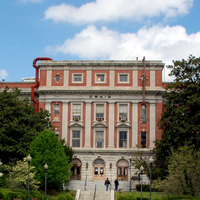 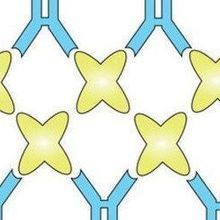