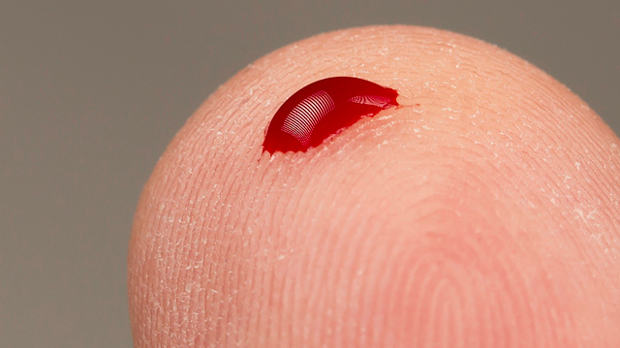 FLICKR, ALDEN CHADWICKComparing the results of a finger-prick cholesterol test from Theranos with those from tests performed by Quest Diagnostics or LabCorp on standard blood draws, Joel Dudley of Icahn School of Medicine at Mount Sinai and colleagues found that the results were often different: Theranos’s test yielded cholesterol levels an average of 9 percent lower than the other two companies’ products and the Theranos results were 60 percent more likely to fall outside the normal range, according to a study published this week (March 28) in the Journal of Clinical Investigation.

“While most of the variability we found was within clinically accepted ranges, there were several cases where inaccurate results would have led to incorrect medical decisions,” Dudley said in a press release. The team’s results were based on 22 lab tests on samples from 60 subjects for a total of more than 18,000 data points; it is...

“The fact that Theranos’s results are significantly different, I find concerning,” Patricia Jones, the president of the American Association for Clinical Chemistry, told The Washington Post. “There is allowable error in diagnostics, but according to the paper, Theranos exceeded the total allowable error in that test.”

Theranos denounced the study in a letter to the journal last week (March 24), calling it “flawed and inaccurate.” The company further accused two of study authors of not disclosing a potential conflict of interest, but the authors denied any conflict, according to The Wall Street Journal.

“These testing disparities occurred despite rigorous laboratory certification and proficiency standards designed to ensure consistency,” coauthor Eric Schadt of Mount Sinai said in the press release. “Our results suggest the need for greater transparency in lab technologies and procedures, as well as a much more thorough investigation of biological mechanisms that may contribute to more dynamic levels than we currently understand.”