Universities in India have until August 30 to present a “white list” of recognized journals to the University Grants Commission, a government body that provides funding and maintains higher-education standards in the country. In previously submitted recommendations, universities have included predatory journals, publishers that charge high fees for low-quality or no peer review.

“We will end this menace of predatory journals,” Prakash Javadekar, the minister of Human Resources Development for India, said during a parliamentary session last month, according to Nature.

Not only are several publishers of predatory journals based in India, but also a large number of the studies reported in these outlets are credited to Indian academics, reports Nature. However, researchers claim that the government’s overhaul of the academic assessment system in 2010 led to this state of affairs. The University Grants Commission’s (UGC) new format emphasized the number of publications a scientist authored and forced universities to use that productivity as a determining factor during hires and promotions.

In January 2017, the UGC collated a white list of journals with the help of universities, but were initially unaware of the inclusion of several predatory publishers. Then in May 2018, the UGC deleted 4,305 journals from this list.

Besides creating a white list, the government should create legislation that penalizes offending parties, suggests Bhushan Patwardhan, a biologist at Savitribai Phule Pune University, to Nature. 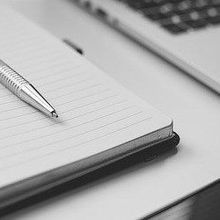