Getting their hands on raw, industry-funded data on the widely used pesticide, chlorpyrifos, researchers uncover evidence of neurotoxicity in animals that had not been publicly disclosed. The results were published last week (November 16) in Environmental Health.

“This study is unique as this type of analysis, at the intersection of policy and regulatory science is generally not considered ‘research’ by academic journals, and is not often published in the peer-reviewed literature,” Veena Singla, the associate director of Science & Policy at the Program on Reproductive Health and the Environment at the University of California, San Francisco, who has also conducted reviews of chlorpyrifos toxicity data, writes in an email to The Scientist.

The organophosphate is currently sold under the brand name Lorsban by DowDuPont and by several other chemical companies, and is use to control a variety of pests including termites, mosquitoes, and roundworms found on leaves and in the soil. Chlorpyrifos is among the most widely used organophosphate pesticides, and has been on the market since 1965. Currently, farmers apply it to crops in the US such as corn, fruit and nut trees, Brussels sprouts, cranberries, broccoli, and cauliflower, as well as on golf courses and as a wood treatment. The general public can be exposed through food, although farm workers and those living nearby may also encounter it by inhalation or through the skin.

Epidemiology studies have shown that chlorpyrifos is a neurotoxin that can lead to neurodevelopmental issues, including decreased intelligence quotient (IQ) in children exposed prenatally to even low doses of the chemical. Animal experiments have also shown the chemical to be hazardous, leading the US Environmental Protection Agency (EPA) to ban its use several years ago. Recently, however, President Donald Trump’s administration overturned the ban, leading to a court case and a demand to reinstate the restrictions.

Although chlorpyrifos is used throughout Europe, it is banned for agricultural use in Sweden. In 1998, DowDuPont had commissioned a study to assess its toxicity for review by regulatory agencies, including the US EPA.

“Normally, little is known about these types of industry toxicity studies because they are not published. But [the chemical manufacturer] Dow decided to disclose some of their data,” says Axel Mie of the Karolinska Institute in Stockholm. “I knew about the human data on chlorpyrifos, became suspicious, and wanted to investigate.”

Mie and his colleagues requested and obtained information that DowDuPont had submitted to the National Chemical Authority in Sweden as part of chlorpyrifos’s approval process. They compared the published toxicity results on chlorpyrifos from DowDuPont to the underlying raw data from studies paid for by the company.

An outside lab performed the study rather than DowDuPont employees themselves. It concluded that rat pups born to mothers that were fed chlorpyrifos at the highest dose had higher mortality after birth, “slightly delayed maturation,” and lower total brain weight, among other effects, at a young age compared to pups whose mothers ate lower doses or none at all. The industry authors attributed the effects to delayed maturation from general toxicity, but concluded that there was no developmental neurotoxicity.

The raw data told a slightly different story. Mie and his colleagues found that, relative to total brain weight, the cerebellum height of rat pups exposed to the pesticide was statistically significantly shorter by 8 percent to 14 percent, depending on the dose, compared to control pups. Yet this was never reported in the industry study.

“There is an analysis from the US EPA back in 2000 where the agency had already identified that the outside lab’s analysis of animal brain architecture was a manipulation of the data,” Mie tells The Scientist. In its report, the EPA graded DowDuPont’s 1998 study “unacceptable, due to an inadequate presentation of the statistical data analysis, which resulted in the inability to determine the definitive developmental neurotoxicity.” Yet, according to Mie, “the agency never followed up on [the report from 2000].”

The team also found additional flaws in the study design, execution, and statistical analysis, including a flawed positive control using lead that did not find any learning or memory deficits in rat pups following exposure in utero and during lactation. Another issue with the study design, according to Mie, is that the work did not take into account the difference in the timing of brain development between humans and rats. In humans, a surge in critical neurodevelopment occurs prenatally and perinatally, but in rats, it’s a week or later after birth. In the published study funded by DowDuPont, the rat pups were not adequately exposed to chlorpyrifos, Mie and his colleagues concluded.

“This paper provides relevant, critical information for decision makers considering the pesticide chlorpyrifos and other organophosphate pesticides,” writes Singla. “Unlike the industry studies, [this new analysis of the work] was peer-reviewed, which raises confidence in their results.”

The Scientist reached out to DowDuPont but the company declined an interview, noting that, starting in mid-2019, a DowDuPont spin-off company named Corteva Agriscience will be selling chlorpyrifos.

Chlorpyrifos has had a checkered history. In 2015, the EPA, based on the conclusions of the agency’s chemical safety review that the chemical has potential harms for farm workers and children, recommended that all use of the pesticide be banned in the US. Chlorpyrifos had already been phased out of indoor use as an insecticide and for some other agricultural uses in the year 2000 based on the epidemiology data that exposure was harmful to children and on animal experiments. It also detrimentally affects marine life.

But in 2017, the then-new head of the EPA, Scott Pruitt, rejected these scientific conclusions, overruling his agency’s recommendation and allowing the widespread agricultural use of chlorpyrifos to continue. In August of this year, a federal appeals court ordered the EPA to ban the use of chlorpyrifos within 60 days, but the agency has yet to act.

The selective publication of the data and a problematic study design are not unique to chlorpyrifos or chemical companies, according to Lisa Bero, who analyzes industry-sponsored research and industry influence on science at the University of Sydney in Australia. “It’s important to understand that this is not an isolated incident or one bad apple, but part of a strategy to influence research,” says Bero.

“One major outcome of this strategy used by industries, including the pharmaceutical and tobacco industries, is the discrepancy between what gets published in an industry-sponsored study and what doesn’t. The data showing harm tends not to get published, which is consistent across industries,” says Bero.

For Mie, part of the solution to ameliorate the risk of funding bias would be for industry to provide resources for the safety studies of their chemicals that regulatory authorities, such as the EPA, would commission from contract laboratories and analyze the data. “Otherwise, we live with the risk that industry-funded studies contain results that are not correct or not correctly reported as was the case here.”

Correction (December 4): The 10th paragraph has been updated to clarify the year of the DowDuPont study and which report Mie was referring to. The Scientist regrets the error. 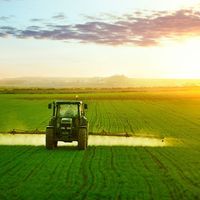