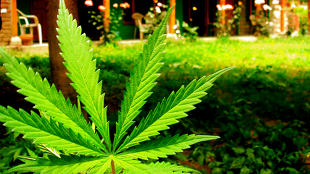 Flickr, PabloEvansMarijuana is a tricky drug, alternately demonized as a gateway drug and lionized for its medical promise. And while the juries remain out on both sides of the coin, one thing is clear: its use is on the rise. According to the US Department of Human Health and Services, the number of people in the United States who admit to smoking pot in the last month climbed from 14.4 million in 2007 to over 18 million in 2011.

This increase may in part be due to the lack of strong evidence supporting the suspected risks of cannabis use. Indeed, though marijuana smoke carries carcinogens and tar just as tobacco smoke does, definitive data linking marijuana to lung damage is lacking. And a recent long-term study that seemed to conclusively link chronic marijuana initiated in adolescence to a lowered IQ in New Zealanders was quickly challenged by a...

In 2012, a study at the University of California, San Francisco (UCSF) calculated that even smoking a single joint every day for 20 years might be benign, though most participants only smoked two or three joints each month. “I was surprised we didn’t see effects [of marijuana use],” said UCSF epidemiologist Mark Pletcher, who led the study.

One assessment of various epidemiological studies points to small sample size and poor study design as reasons for scientists’ inability to nail down a link between cannabis and cancer risk. But some suspect that such a link doesn’t exist, and that marijuana may even have cancer-preventive effects. A 2008 study, for example, suggested that smoking marijuana may reduce the risk of tobacco-associated lung cancer, calculating that people who smoke both marijuana and tobacco have a lower risk of cancer than those who smoke only tobacco (though still a higher risk than non-smokers).

But even Pletcher isn’t sanguine about marijuana’s effects on the lungs, and suspects that there may still be long-term lung damage that can be hard to detect. “We really can’t reassure ourselves about heavy use,” he explained.

Your brain on drugs

There is some evidence to suggest that stoned subjects exhibit increased risk-taking and impaired decision-making, and score worse on memory tasks—and residual impairments have been detected days or even weeks after use. Some studies also link years of regular marijuana use to deficits in memory, learning, and concentration. A recent and widely discussed report on the IQs of New Zealanders followed since birth found that cannabis users who’d started their habit in adolescence had lower IQs than non-users.

In this study, led by researchers at Duke University, “you could clearly see as a consequence of cannabis use, IQ goes down,” said Derik Hermann, a clinical neuroscientist at the Central Institute of Mental Health in Germany who was not involved in the research.

But not 4 months later, a re-analysis and computer simulation at the Ragnar Frisch Center for Economic Research in Oslo countered the Duke findings. Ole Rogeberg contended that socioeconomic factors, not marijuana use, contributed to the lower IQs seen in cannabis users.

Rogeberg’s conclusion counters a sizeable literature, however, which supports a link between pot use and neurophysiological decline. Studies in both humans and animals suggest that people who acquiring a marijuana habit in adolescence face long-term negative impacts on brain function, with some users finding it difficult to concentrate and learn new tasks.

Notably, most studies on the subject suggest that while there may be negative consequences of smoking as a teen, users who begin in adulthood are generally unaffected. This may be due to endocannabinoid-directed reorganization of the brain during puberty, Hermann explained. The intake of cannabinoids that comes with pot use may cause irreversible “misleading of the neural growth,” he said.

In addition to the consequences for intelligence, many studies suggest that smoking marijuana raises the risk of schizophrenia, and may have similar effects on the brain. Hermann’s group used MRI to detect cannabis-associated neuron damage in the pre-frontal cortex and found that it was similar to brain changes seen in schizophrenia patients. Other studies further suggest that weed-smoking schizophrenics have greater disease-associated brain changes and perform worse on cognitive tests than their non-smoking counterparts.

But much of this research can’t distinguish between brain changes resulting from marijuana use and symptoms associated with the disease. It’s possible that cannabis-smoking schizophrenics “might have unpleasant symptoms [that precede full-blown schizophrenia] and are self-medicating” with the psychotropic drug, said Roland Lamarine, a professor of community health at California State University, Chico. “We haven’t seen an increase in schizophrenics, even with a lot more marijuana use.”

In fact, other research suggests that cannabis-using schizophrenics score better on cognitive tests than non-using schizophrenics. Such conflicting reports may be due to the varying concentrations—and varying effects—of cannabinoids in marijuana. In addition to tetrahydrocannabinol (THC), a neurotoxic cannabinoid that is responsible for marijuana’s mind-altering properties, the drug also contains a variety of non-psychoactive cannabinoids, including cannabidiol (CBD), which can protect against neuron damage. Hermann found that the volume of the hippocampus—a brain area important for memory processing—is slightly smaller in cannabis users than in non-users, but more CBD-rich marijuana countered this effect.

While data supporting the harmful effects of marijuana on its own are weak, some researchers are more worried about the drug in conjunction with other substances, such as tobacco, alcohol, or cocaine. Some studies suggest, for example, that marijuana may increase cravings for other drugs, leading to its infamous tag as a “gateway drug.” A study published earlier this month supported this theory when it found that, at least in rats, THC exposure increases tobacco’s addictive effects. Furthermore, marijuana may not mix well with prescription drugs, as cannabis causes the liver to metabolize drugs more slowly, raising the risk of drug toxicity.

Despite these concerns, however, Lamarine thinks it’s unlikely that the consequences of cannabis use are dire, given the amount of research that has focused on the subject. “We’re not going to wake up tomorrow to the big discovery that marijuana causes major brain damage,” he said. “We would have seen that by now.”