Just two months after Italy underwent a crisis of government and established an alliance between two leading political parties, the left-of-center Democratic Party and the anti-establishment Five Star Movement, the country has announced plans to start a National Agency for Research to help oversee the distribution of federal funds.

“Almost every country has at least one agency of this kind. Except for Italy, which has now decided to set it up,” Nicola Bellomo, president of an organization called Gruppo 2003 that campaigns for change in Italy’s academic system, tells Times Higher Education (THE). “This is undoubtedly good news.”

This ministerial funding is “spread in small amounts that would be much better if it was concentrated,” Luigi Nicolais, the former president of Italy’s National Research Council, a network of research institutes, tells THE. The centralized agency could also help deliver “better and faster evaluations” of grants, Nicolais says, but he adds that the budget still remains small for science: €300 million “is nothing for researchers.”

Bellomo raises concerns about political influence over funding decisions, given that the director of the National Agency for Research will be appointed by Italy’s prime minister. This is “far from the idea of an independent agency, a technical body managed by experts chosen in a transparent way,” he tells THE. 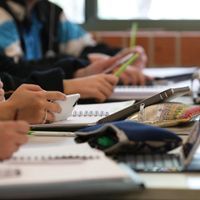