Update (October 27): After the company did not find a cause for the participant’ s illness, Johnson & Johnson announced on October 23 that it is seeking to resume the clinical trial, according to a statement.

Johnson & Johnson’s Janssen subsidiary, one of several companies in Phase 3 testing of vaccines to prevent SARS-CoV-2 infection, has temporarily suspended enrollment and dosing in all of its clinical trials after a patient experienced an adverse reaction during its Phase 3 ENSEMBLE trial.

The incident was first reported on Monday (October 12) by STAT after reporters received a copy of a document sent to outside researchers running the study’s individual trials. The document states that a “pausing rule” had been met to justify the suspension and that the online system used to enroll patients was closed.

“We have temporarily paused further dosing in all our COVID-19 vaccine candidate clinical trials, including the Phase 3 ENSEMBLE trial, due to an unexplained illness in a study participant,” the company says in a statement. The case is currently being reviewed by an independent safety board, and no details have been shared about the patient or the nature of the illness that prompted the pause.

Pauses in late-stage clinical trials are not uncommon, nor is Johnson & Johnson the first company to temporarily suspend progress. In September, AstraZeneca paused all of its clinical trials for COVID-19 vaccines following a case of transverse myelitis in a UK patient. While most trials have since resumed, the US-based study remains on hold pending a regulatory review, Reuters reports.

“It’s actually a good thing that these companies are pausing these trials when these things come up,” Phyllis Tien, an infectious disease physician at the University of California, San Francisco, a trial location for both vaccine candidates, tells The New York Times. “We just need to let the sponsor and the safety board do their review and let us know their findings.”

Phase 3 trials assess the efficacy of a possible vaccine and attempt to identify even relatively rare side effects by testing large amounts of people. The Johnson & Johnson ENSEMBLE trial had planned to enroll as many as 60,000 participants in several countries, STAT reports, making it one of the world’s largest efforts to test a COVID-19 vaccine.

Like the AstraZeneca vaccine candidate, Johnson & Johnson’s vaccine relies on an experimental method, based on an adenovirus vector, that has yet to lead to any approved immunizations, although it was used previously in studies to prevent infections of influenza and Ebola. Scientists engineered the virus to smuggle the gene for the SARS-CoV-2 spike protein into human cells. Once inside, the gene expresses the protein, which then primes immune cells to recognize SARS-CoV-2.

It is unknown, even by the researchers, whether the participant who has fallen ill received the vaccine or a placebo. The symptoms don’t “mean that the adverse event is related to the vaccine, but it needs to be investigated thoroughly,” Luciana Borio, a public health administrator who has worked under both President Donald Trump and President Barack Obama, tells the Times.

Ashish Jha, the dean of the Brown University School of Public Health, tells CNN the pause shows that the safeguards are working as they should. “We want the vaccine to be safe and we’ve got to let the process play out,” Jha says. “To me, it’s reassuring that companies are acting responsibly and pausing when they need to.”

Correction (October 13): We mistakenly referred to these vaccines as treating SARS-CoV-2, rather than preventing illness. The Scientist regrets these errors. 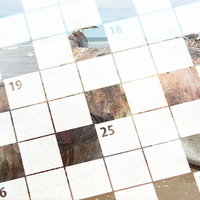