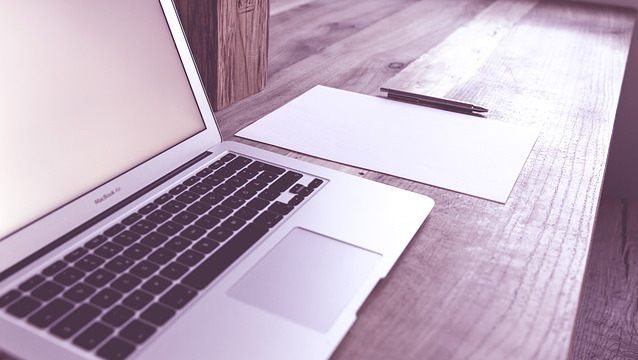 PIXABAY, PEXELSIt’s no different than approaching a scientist who has just given a riveting talk on unpublished work at a conference, according to Christopher “Casey” Brown, a geneticist at the University of Pennsylvania. Because part of an editor’s job is to pursue the latest and greatest research for potential publication (whether presented at a meeting or submitted online), those at plugged-in journals are prospecting preprint servers, seeking standouts among the scads of non-peer–reviewed manuscripts posted for perusal by all.

Brown is one of three “preprint editors” recently recruited by PLOS Genetics to solicit manuscripts posted to arXiv, its life sciences counterpart bioRxiv, and other servers, for peer review and potential publication. “Editors are paying very close attention—at a whole number of journals—to the preprint atmosphere,” he said. “The role of editors is changing a bit, there is more interest in this sort of thing.”

Barsh and Copenhaver said the initiative has been well received among the dozen or so authors their colleagues have contacted so far. “In my view, it’s a win-win,” said Copenhaver, a genomicist at the University of North Carolina, Chapel Hill. “It’s an opt-in system: you can still submit your article through the traditional route and have it peer reviewed like we’ve been doing for as long as scientific publishing has been around. And that still works best for some authors in some situations. But if you opt to put it into the preprint arena, we are offering an additional service—an additional way of getting your material noticed in the publishing world.”

John Inglis, executive director of Cold Spring Harbor Laboratory (CSHL) Press, said he and his colleagues applaud PLOS Genetics’s approach. “Authors who choose to preprint their manuscripts often get valuable feedback from readers, and to be invited to submit a manuscript to a journal is an added reward for sharing their work in this way,” Inglis wrote in an email. BioRxiv, which was launched and is maintained by CSHL, has since 2016 offered authors posting preprints a solution for simultaneously submitting their work to participating journals, called “B2J.”

“We’ve been aware from bioRxiv’s earliest beginnings that solicitation was happening informally: entrepreneurial editors were among the first to see the benefits of bioRxiv,” Inglis added. He wondered, however, whether an editor’s solicitation might affect how a preprint is processed in the hands of the journal and reviewers. Might an author assume his or her manuscript will be reviewed favorably? Might the editors face difficulty declining a manuscript that did not receive favorable reviews?

Brown said that the quality of the science and topical suitability are the two most important factors he and his colleagues are evaluating when determining which preprints to solicit. But they’re also observing other criteria, such as comments and tweets. “We certainly are paying attention to altmetric-type data—the amount of attention that a preprint is receiving on Twitter, the number of comments and informal reviews that get posted along with it,” he said.

He and the other preprint editors are cognizant of the echo-chamber risk, Brown said, and are taking efforts to reduce potential selection bias. “In the field there are maybe some people that are a little nervous about whether this sort of thing could potentially continue to foster the old boys’ club of business that of course happens in scientific publishing,” he said.

“Like anything else, there are potential plusses and minuses in moving to a world where dissemination of information via preprints plays a much larger role than it has in the past,” noted Barsh.

Editors at Genome Biology—an open-access journal published by BioMed Central, which, like PLOS Genetics, participates in bioRxiv’s B2J—have been soliciting preprints for around a year. Chief Editor Louisa Flintoft told The Scientist that she and her colleagues flag preprints of potential interest “at least weekly.”

“Everybody on my editorial team is signed up to bioRxiv alerts for the subject areas they deal with and they look at them on a daily basis,” she said. “If they spot something interesting on bioRxiv, they will then look over the paper . . . make sure the paper is going to be sound, then we’ll have a quick discussion with the team to make sure there are no issues why we wouldn’t consider it. If we are all happy, we get back to the authors and say we will guarantee peer review if they submit the manuscript to the journal, as long as it’s the same manuscript.”

Flintoft and Brown both said that authors’ responses have been overwhelmingly positive. After all, editorial acceptance is one fewer hoop to jump through en route to peer review.

Both editors said that their journals have reached out to authors of preprints who had already submitted their work for consideration elsewhere. “I think quite a lot, still, people are posting papers when they have either already submitted to a journal or know which journal they will submit to,” said Flintoft. “They may come back to us if it doesn’t work out with the original journal.”

With the proliferation of preprints in the life sciences, Inglis sees opportunity for further restructuring of science publishing. “In future, as preprints become more mainstream, I believe journals will be freed to focus more on their review and validation processes and evolve new and improved approaches,” he wrote.

Brown agreed. “If I can take my editor hat off for a second and speak of my own personal opinion: nothing can be worse than the way this works now,” he said. “The way it happens now is all completely behind the scenes—it happens at conference bars and in emails that nobody is ever going to see.” With editors openly soliciting preprints “at least it is much more transparent,” he added. “Everybody sees these potential papers and can evaluate whether the ones that end up in PLOS Genetics are suitable or not.”

Clarification (January 19): This article has been updated to note that Inglis “wondered” whether solicitation might affect how a preprint is processed in the hands of the journal and reviewers. In his email, Inglis wrote: “Are expectations changed on both sides? It will be interesting to see how this new relationship evolves.”