In 2015, a stem cell clinic in Florida conducted a procedure on three women to treat their macular degeneration. Instead, it left each of them with severe vision loss. The tragedy has been held up as an example of the lack of regulatory oversight the US government has had over such outfits that offer unproven stem cell treatments—and now, it’s an example of how that is changing.

On June 3, a federal judge ruled that the US Food and Drug Administration (FDA) is entitled to a permanent injunction against US Stem Cell, forcing the company to stop conducting procedures using a particular technique that involves isolating stem cells from clients’ fat.

The FDA also filed a suit against a California-based company Cell Surgical Network, which provides similar interventions, that is still pending in court.

Precedent from cases like this helps the FDA in future enforcement actions.

“The lawsuit itself wasn’t surprising. The allegations weren’t surprising. And the judge’s conclusion wasn’t very surprising,” Andrew Ittleman, an attorney at Miami-based Fuerst, Ittleman, David & Joseph, a law firm that counts government compliance for stem cell and regenerative medicine companies as one of its key practice areas, tells The Scientist. “If anything, people were wondering why it took so long.”

Hundreds of stem cell clinics have popped up across the US and other countries in recent years, making promises with little evidence that their treatments can cure ailments that traditional medicine cannot. The clinics have often avoided FDA oversight by claiming that their procedures, which often use a patient’s own cells, are not subject to FDA regulations.

The agency has been cracking down on the industry, but it has only successfully obtained a judgment against a stem cell clinic once before. This latest ruling by Judge Ursula Ungaro of the United States District Court for the Southern District of Florida may represent a sea change in regulatory enforcement, and possibly open the door for the FDA to file suits against companies violating FDA guidelines for marketing stem cell treatments en masse, according to Ittleman.

“This is a landmark decision because this is only the second time the FDA has obtained a judgment against a stem cell clinic, and the first judgment since FDA announced in 2017 the agency’s risk-based enforcement priorities for regenerative medicine,” FDA spokesperson Stephanie Caccomo tells The Scientist in an email.

Research on stem cell therapies has ballooned in recent years, and some procedures for certain blood disorders have even been FDA-approved, but most remain unproven as far as the FDA is concerned. Extracting fat cells using liposuction, processing them to extract stem cells (known as stromal vascular fraction cells or SVF), and injecting them into other areas of the body — the strategy US Stem Cell uses—has been an FDA target before. Some clinics provide treatments with stem cells derived from bone marrow, cord blood, or birth tissue.

Ittleman, who has represented clients sued by the FDA, doesn’t believe the ruling will immediately affect clinics using other types of stem cells. “The fat [derived stem cell treatment] has been really the one place where the FDA has been very clear for very long about its position. We don’t necessarily have that clarity in other areas,” he says. The ruling may inspire the FDA to target other unapproved stem cell treatments with litigation, he adds.

The three patients who lost all or most of their sight were the first (and only) three participants in a discontinued clinical trial US Stem Cell was running on the procedure. Afterward, the patients saw university-based ophthalmologists for treatment, and those doctors published a report in March of 2017 in the New England Journal of Medicine detailing the adverse effects on each individual and raising concern about stem cell clinics.

US Stem Cell failed to follow best practice in ophthalmology of operating on one eye first, and returning later for a second surgery on the remaining eye. This way, if there is an adverse reaction, the patient can still see with the untreated eye. But the company conducted both procedures simultaneously.

Shortly after the failed procedures, two of the patients settled lawsuits with US Stem Cell, but the company faced few other penalties. While it stopped offering fat-derived stem cell treatments for macular degeneration, it continued to provide services using SVF that it claimed could treat myriad ailments, from Parkinson’s disease to chronic obstructive pulmonary disease (COPD).

The FDA sent a warning letter to US Stem Cell in August 2017 about marketing the unapproved products and violations to good manufacturing practices. But the company did not comply. Ittleman says they were “really sticking their fingers in the FDA’s eyes over the course of time saying, ‘You don’t regulate us.’”

In a written statement sent to The Scientist, US Stem Cell said, “While we believe there is substantial evidence to prove the efficacy of this protocol, we must immediately comply with the court as we review the decision.” A spokeswoman told The New York Times that the company plans to continue offering stem cell treatments derived from other tissue.

“Precedent from cases like this helps the FDA in future enforcement actions,” says Caccomo. “The FDA will continue to take steps—such as issuing warning letters or initiating court cases—against clinics that abuse the trust of patients and endanger their health with inadequate manufacturing conditions or by manufacturing and promoting products in ways that make them drugs under the law, but which have not been proven to be safe or effective for any use.” 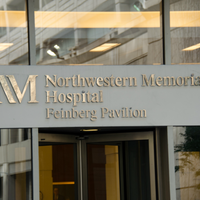 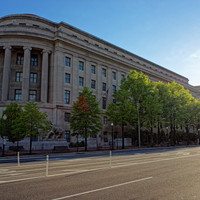