INDIANA UNIVERSITYKathy Matthews, the long-time leader of both a widely popular Drosophila repository and a fruit fly genetics database, died Saturday (March 17). She was 64 years old.

Matthews directed the Bloomington Drosophila Stock Center at Indiana University since 1986, and cofounded FlyBase, a catalog of Drosophila genetics, in 1992.

“After being central to two of the most important research resources to Drosophila genetics, it is fair to say that Kathy is as responsible for the success of the worldwide Drosophila research community as any other single person,” says Gregory Demas, professor and chair of the biology department at Indiana University Bloomington, in a statement emailed to The Scientist. “She was not one to claim credit quickly or boast about her accomplishments, but everyone who understands how fly research works knows this is a profound loss.”

Matthews was born in Japan in 1954 and spent the later part of her childhood in Texas. She earned her bachelor’s and doctoral degrees from the University of Texas at Austin, the latter in genetics.

In 1979, she joined the lab of Thomas Kaufman at Indiana University as a postdoc and studied tubulins in Drosophila. In 1986, she and Kaufman orchestrated the move of a fruit fly stock repository from Caltech to Bloomington, which became the Bloomington Drosophila Stock Center.

In the early 1990s, Matthews helped establish FlyBase. “Both institutions benefited immeasurably from her wisdom, dedication and passion for resource development,” according to a statement on FlyBase. “It is easy to say that without Kathy, the fly community would not be what it is today.”

Correction (March 21): Matthews studied tubulins at Indiana University, not transposable elements, which she researched in graduate school. The Scientist regrets the error. 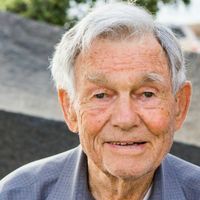 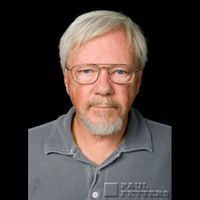