ABOVE: Killifish embryos that go through diapause have no ill effects later in life. © CHI-KUO HU

Rather than risk being born during the dry season when conditions are not hospitable, African killifish embryos are able to arrest their development and wait to hatch until the rainy season replenishes their pond. This can occur for a length of time that exceeds the animal’s normal lifespan with no ill effects, according to a study published today (February 21) in Science.

Diapause is the biological phenomenon that allows animals, typically insects and certain fish, to effectively hit the pause button on their lifecycle to avoid extremely adverse conditions. For African turquoise killifish (Nothobranchius furzeri), this usually occurs at the embryonic stage, allowing the fish to wait until there is sufficient water to hatch.

The team found that during diapause, cells responsible for growth suspend activity and metabolism slows, but genes that code for muscle maintenance proteins remain active. While there isn’t any forward progress on the organism’s development during this time, there also isn’t any atrophy of muscles and structures present because the chromobox 7 (CBX7) gene remains active, creating proteins to maintain muscle. When the researchers turned off this gene, embryos lasted about a month before losing muscle mass.

“We have always looked at this diapause state as more passive—nothing happens there,” Christoph Englert, a molecular geneticist at the Leibniz Institute on Aging in Germany who was not involved in the study, tells Science News. “[This study] shifts the paradigm of diapause as a passive, boring state to an active state of embryonic nondevelopment.”

An overview of the study, comparing the lives of killifish that have undergone diapause and those that haven't.
© SCIENCE MAGAZINE

These killifish offer a unique perspective on the process because they are one of very few vertebrates capable of diapause and the fish only live for about six months as adults, making it easy for researchers to monitor the full lifecycle. Although the study was able to show what was happening genetically in the killifish during diapause, it remains unclear what conditions from the environment are actually triggering the beginning and end of the process.

“We actually don’t think the mechanism of diapause is directly caused by drought,” principal investigator Anne Brunet of Stanford University tells The Guardian. “But the mechanism is indirectly linked to drought in the sense that drought provided a selective pressure for this African turquoise killifish species: over millions of years of evolution, the African killifish evolved to survive drought by having its embryos enter a state of diapause.”

In order to test whether diapause has any effect on the fish as adults, the team hatched two groups of fish at once. One cohort experienced diapause for five months, while the other did not go through it at all. There was no difference in the lifespan between the two groups and fertility did not appear to be affected either.

The authors explain that a better understanding of diapause mechanics could one day lead to anti-aging procedures being used on adults. Marc Van Gilst of the University of Washington writes in commentary on the study that the findings “might provide insight into the mysteries of aging and longevity.”

Not all experts agree that this particular study is the best indicator of that. Instead, it might be better to turn to hibernation, which already affects adult animals and preserves organs. “[The study] has implications for organ regeneration,” because it applies to halted development, biological aging expert Paul Shiels of the University of Glasgow tells The Guardian. “Whereas organ preservation, you’d [learn] more from hibernating mammals.” 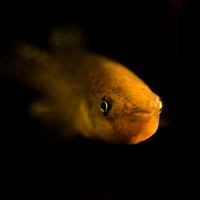