ABOVE: Injected tracer (green) flows through mouse endogenous lymphatic vasculature (orange), which has connected with a lympho-organoid (center).
ELISA LENTI

Researchers have developed lab-generated lymph node–like organoids that, when transplanted into mice in place of lymph nodes that have been removed, drain fluid and connect to the animals’ original lymphatic plumbing, as reported May 30 in Stem Cell Reports.

“We developed these lympho-organoids that have acquired in vivo some of the features of endogenous lymph nodes,” says Andrea Brendolan, a researcher at the IRCCS San Raffaele Scientific Institute in Milan, Italy.

Brendolan says he hopes that one day, the technology will be developed to the point that lympho-organoids could serve as a treatment for lymphedema, swelling that can result from radiation damage to lymph nodes or their removal as part of cancer treatment.

“Hypothetically, it is looking at a major medical need,” says Mark Coles, a researcher at the University of Oxford’s Kennedy Institute of Rheumatology who was not involved in the work. “Do I think it’s translatable to humans? Not as it currently is. It’s sort of a proof-of-principle in mice,” he adds.

There is currently no widespread cure for lymphedema, and patients are usually prescribed interventions to help reduce the swelling and pain. Doctors have found that transplantation of a patient’s own lymph nodes to a site of lymphedema can in some cases treat the condition, but it can also cause complications, such as lymphedema at the donor site.

Lymph nodes consist mostly of immune cells, but structural support as well as immune-cell recruitment and other functions are provided by a type of fibroblast called the stromal cell. Since the early 2000s, various research groups have reported that stromal cells, stromal cell progenitors, or soluble molecules produced by stromal cells seeded onto a scaffold of extracellular matrix or imbedded within a gel could develop into lymphoid-like structures when implanted into mice. Whether lympho-organoids could fill in for resected lymph nodes was unknown, so to find out, Brendolan’s team cultured spleen stromal cells to create a layer of tissue and washed away the cells to leave only the collagenous extracellular matrix. They then seeded that matrix with stromal cell progenitors harvested from newborn mice.

The scientists then transplanted the progenitor-bearing matrices into mice, where they developed into lympho-organoids. The animals had had lymph nodes removed at one site, which varied by experiment. They couldn’t specifically examine lymphedema in the mice, as mice don’t develop it, but they did look at how well the area around the resected lymph nodes drained an injected tracer, and poor drainage can cause lymphedema.

When the researchers injected a lymphatics-specific tracer near the missing lymph nodes, they found that it drained as expected in the mice that had received lympho-organoid transplants, as it did in mice whose lymph nodes had not been removed. In mice that received the extracellular matrix alone, the tracer pooled up, rather than draining away. Other experiments showed that the transplanted lymph nodes connected to the endogenous lymphatic system, as an injected tracer flowed between the transplanted lympho-organoid and the mouse’s endogenous lymphatic vessels, which expressed a fluorescent label.

Coles, who calls the paper’s findings “a bit incremental,” says he thinks that these experiments are “the most interesting aspect of the paper.”

This result “basically speaks to the fact that these organoids are functional and the immune system can be primed and expanded at those sites,” says University of Pittsburgh immunologist Walter Storkus, who was not involved in the work.

Coles disagrees, stating that the authors haven’t yet shown the lymphoid tissue acting as a functional lymph node. “That they didn’t address, because the gold standard for that is to show that you can make high-affinity antibody responses,” he says.

“That’s one of the next steps,” Brendolan says. “There the many things to do, and indeed we would like also to test this B-cell immune response and antibody production.”

Coles says he is also skeptical about how the work could translate to the clinic because the human equivalent of the mouse neonatal lymph nodes, the Brendolan team’s source of stromal precursor cells, would be those from a 24-week-old human embryo.

Storkus echoes this criticism but is nonetheless optimistic. “They’ll have to come up with another solution as to where that source of stromal cells will come from, and they need to basically be matched to the specific patient they’re putting back into or else there would be a rejection of those organoids once they transplant them,” says Storkus. “But again, this is a sort of an early evolution of this technology and I see it as being something that will be quite interesting moving forward into the clinic.” 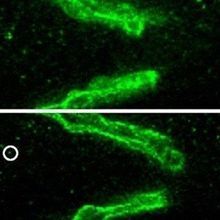 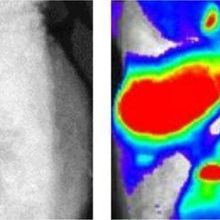 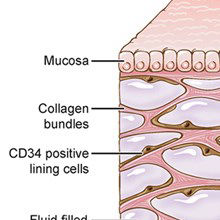