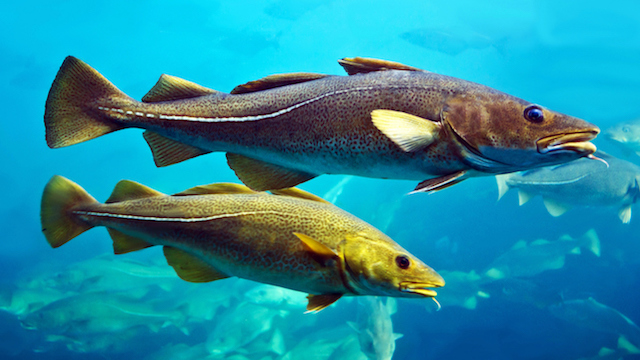 Large female fish produce disproportionately more eggs than smaller mothers of the same species do, according to a study published today (May 11) in Science.

After examining the size and number of eggs laid by females from 342 fish species, researchers discovered that in 95 percent of those species, big, old females produced more eggs per kilogram of their body mass. In Atlantic cod (Gadus morhua), for example, the team found that a 30-kilogram female fish spawned more eggs than two 28-kilogram counterparts did combined. The eggs from the larger mothers were also bigger and packed with more calories.

Mark Wuenschel of the National Oceanic and Atmospheric Administration’s Northeast Fisheries Science Center who did not take part in the study tells...

“Most classic fisheries models don’t account for the massively disproportionate contribution that larger fish make, yet these are the first individuals to disappear under even a moderate fishing pressure, Marshall and study coauthor Diego Barneche of Monash University write in an email to The Post. “So, fisheries scientists, despite the best of intentions, have been using models that inadvertently recommend overharvesting.”

Some scientists disagree. Ray Hilborn, a fisheries biologist at the University of Washington in Seattle, tells Science in an accompanying news story that because these large, super-spawning fish are actually quite rare, even in unfished populations, they don’t actually play a big role in replenishing stocks.

“It’s not fair to the tremendous effort that goes into fisheries management to say that variability in reproductive potential isn’t accounted for,” Tara Marshall, a fisheries ecologist at the University of Aberdeen in the U.K., tells Science.