William Dement, whose research and leadership were integral to the expansion of sleep science and medicine in the 20th century, died June 17 at age 91. He made fundamental contributions to understanding the phases of sleep and the array of sleep disorders people experience. In 1970, he launched one of the first sleep disorders clinic in the world.

“William Dement was a force of nature. A pioneering researcher and clinician, and a legendary teacher, his passion to uncover sleep’s secrets and to share these discoveries was unquenchable,” Lloyd Minor, the dean of Stanford University School of Medicine, where Dement was a faculty member for half a century, says in a university obituary. “Not only did he make great contributions to Stanford, but his efforts directly led to the birth and development of the field of sleep medicine.”

Dement was born in Wenatchee, Washington, in 1928. He served in the US Army in Japan and earned his bachelor’s degree from the University of Washington. At the University of Chicago, where he received a PhD and an MD, Dement worked with Nathaniel Kleitman to describe the physiology of rapid eye movement (REM) sleep and its relationship to dreaming. “The groundbreaking research and use of polysomnography by Kleitman, [Eugene] Aserinsky, and Dement in the U.S., and by Michel Jouvet in France, laid the foundation for the fields of sleep and circadian science and clinical sleep medicine,” according to a memoriam by the American Academy of Sleep Medicine (AASM), the first professional organization for sleep disorders that Dement helped launch in 1975.

After an internship at Mount Sinai Hospital in New York—during which time the National Institutes of Health paid for half his rent while his apartment served as a sleep lab, according to The Washington Post—Dement joined Stanford in 1963. Over the following decades, he made numerous fundamental advances in sleep medicine, notably, shining a light on the widespread problem of sleep apnea and sleep deprivation.

“There are not a lot of people who can say they saved the lives of hundreds of thousands of people,” Emmanuel Mignot, a professor of psychiatry and behavioral sciences at Stanford, says in the university’s obituary. “But just by pushing this field forward, making sleep apnea recognized, as well as sleep disorders and sleep deprivation, Bill did that. Without him it would have still happened, but maybe 10 years later. Ten years is a lot of deaths.”

In 1970, Dement founded the Stanford Sleep Medicine Center, one of the first such clinics in the world, where he started a colony of narcoleptic dogs to study the condition and other sleep disorders.

During this time, Dement and his collaborator Christian Guilleminault developed a severity index for sleep-related breathing disorders, linking them with hypertension. 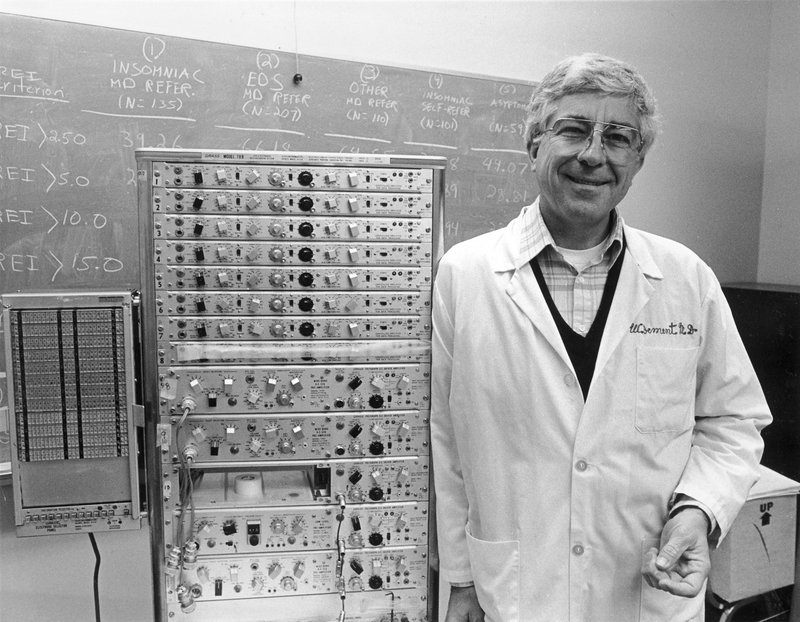 Through Dement’s leadership at AASM, where he served as president for 12 years, “the organization established the practice of sleep medicine through the development of standards for the evaluation and treatment of sleep disorders, standard diagnostic classifications, and an exam process for specialists in sleep medicine,” according to the academy’s statement.

“He was the father of sleep medicine. Everything started with Bill,” Mignot tells the Post.

He retired in 2003, but continued to teach his popular “Sleep and Dreams” course for another decade. He arrived to class via golf cart, sometimes bringing students with him. Dement allowed attendees to doze off in a designated sleeping section, but would jolt others awake with a squirt gun if they fell asleep elsewhere in the room. According to Stanford, 20,000 students have taken the course since 1971.

Dement is survived by a son, two daughters, a son-in-law, and six grandchildren.