Once thought to be little more than blobs of fat inside eukaryotic cells, lipid droplets may in fact provide a first line of defence against invading pathogens, according to evidence published today (October 15) in Science. When a bacterium enters a cell’s cytoplasm, intracellular lipid droplets close in, bringing with them an arsenal of antimicrobial proteins, the research shows.

“This is the first evidence that there’s a direct [immune] mechanism between lipid droplets and intracellular pathogens, and I thought that was just fascinating,” says Stacey Gilk of the University of Nebraska Medical Center who studies microbial pathology and was not involved in the research.

“We’ve known about lipid droplets for over 100 years, but still don’t know much about them,” adds virologist Sue Crawford at Baylor College of Medicine who also did not participate in the study. “This is a fantastic paper,” she says. It “really pinpointed some of the mechanisms by which lipid droplets have an antibacterial function.”

Lipid droplets are a type of organelle that exists in all eukaryotic cells. They are jam-packed full of fats, as the name would suggest, and surrounded by a phospholipid monolayer (as opposed to the classic bilayer membrane surrounding most other organelles). Historically lipid droplets have been thought of as sites for storing excess fats and supplying them when and where needed—for instance, to the mitochondria for energy production. More recently, research has shown that certain cell-invading viruses, bacteria, and parasites exploit these fuel-rich droplets for survival and growth, says Crawford.

But, there’s also evidence that the cell laces lipid droplets with antimicrobial proteins, just as a person might lace cheese with poison to rid their house of invading rodents. Lipid droplets in mouse cells, for example, contain the antiviral compound viperin and a protein involved in activating the immune response against foreign antigens, while those in fruit fly cells contain proteins with antibacterial properties.

The new study, from University of Barcelona cell biologist Albert Pol and colleagues, adds to this evidence, showing definitively that lipid droplets in mammalian cells can contain a wealth of immune proteins and have antibacterial activity against a number of bacterial species.

The team simulated a bacterial infection in live mice by injecting the animals with lipopolysaccharide (LPS), a bacterial molecule that stimulates the innate immune response. This led to an increase in the number of lipid droplets within cells of the animals’ liver, explains Marta Bosch, a postdoctoral researcher in the laboratory of Pol.

The team also analyzed the protein content of the lipid droplets from LPS-treated and control animals, and found that LPS treatment reduced the amount of proteins involved in lipid metabolism and boosted levels of innate immune factors such as cathelicidin, a broad-spectrum antimicrobial protein.

Cathelicidin was also present on the lipid droplets of human macrophages, the team showed, and when these cells were infected with E. coli, the droplets increased in number and appeared to localize with the bacteria. When the macrophages were incubated with fatty acids to boost lipid droplet abundance prior to infection, they were better able to inhibit E. coli growth.

Such antibacterial capacity was impaired in macrophages where cathelicidin production was switched off, but enhanced in cells engineered to have higher levels of cathelicidin in their lipid droplets. Indeed, cells with enhanced cathelicidin were more effective than control cells at reducing the growth of E. coli, Listeria monocytogenes, and methicillin-resistant Staphylococcus aureus.

“Since most studies thus far demonstrate the importance of lipid droplets in the context of pathogen-mediated exploitation. . . the demonstration of lipid droplet antibacterial capacity is exciting and promising,” Minal Mulye a microbiologist and immunologist at Marian University, who was not involved in the work, writes in an email to The Scientist. “This effect should be explored further in different bacterial pathogen infection models,” she adds, “and could eventually be targeted as an alternative antibacterial treatment.” 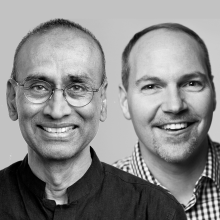