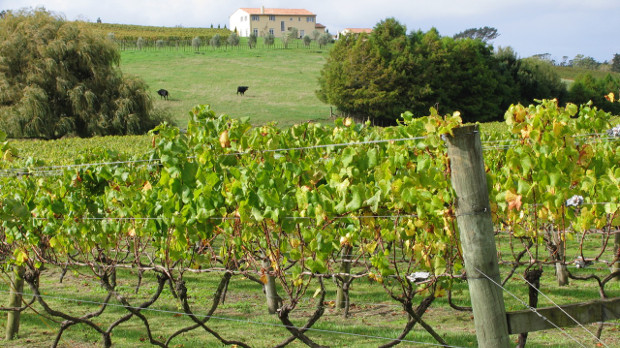 Vineyard in New ZealandMAT GODDARDThe distinct regional conditions, or terroir, in which grapes are grown are thought to shape a wine’s character. But strict scientific evidence of this phenomenon has been lacking. Now, researchers in Auckland, New Zealand, have confirmed that at least one aspect of terroir—local differences in yeast strains—does indeed alter the outcome of Sauvignon Blanc fermentation. Their findings were published today (September 24) in Scientific Reports.

“The take-home message of this paper is that different strains of yeast used to ferment grapes impart a specific chemistry to the wine,” said microbiologist Jack Gilbert of the Argonne National Laboratory in Illinois who was not involved in the work. “The wine community understands that yeast play a role [in terroir]—that the yeast on the plant could be giving a particular strain of Merlot grown in two different locations two different flavors,” he added, but there was...

Grape must—the freshly crushed fruit, seeds, skins, and stems of harvested vines—can be turned into wine either by inoculating with a pure yeast culture or by allowing the microbes naturally present on the fruit to carry out spontaneous fermentation. It is well known that these naturally occurring microbes exhibit regional variations, said Matthew Goddard of the University of Auckland and the University of Lincoln in the UK. But it was unclear whether these differences translated to distinct wine flavors and aromas, he said. “This study attacks that question.”

Goddard’s Auckland-based team first identified and isolated the six major related strains of the yeast Saccharomyces cerevisiae present at each of six New Zealand wine-producing regions. The researchers then inoculated these 36 strains individually into sterilized Sauvignon Blanc grape juice to begin fermentation. “We controlled for absolutely everything else other than these microbes,” he said, “and then we asked: What are the wines that result from those strains?”

The wines were tested for the presence and quantity of 39 volatile compounds and other standard quality parameters such as ethanol, acidity, and sugar. The researchers found that the chemical signatures of the wines showed a large degree of overlap, but that the profiles of those produced by yeast strains from the same region tended to cluster—indicating the wines did indeed exhibit a regional character.

The most distinct regional signature, the team discovered, belonged to those wines produced by strains of yeast from Nelson—located at the northern end of New Zealand’s South Island. The wines shared “a collection of compounds that stood out,” said Goddard. “Putting my subjective and less scientific hat on,” he added, “this wouldn’t be a massively unexpected result for tasters [because] wines from Nelson do tend to have a certain something about them. They have a different profile.”

The lab-generated Nelson wines had particularly high concentrations of compounds that are known to impart apple and sweet fruit sensory effects. However, the wines’ actual tastes were not verified, in part because of health and safety restrictions, explained Goddard.

The effects of the microbes on the wines’ chemical profiles were statistically significant, “but the size of that effect was still relatively small,” said Goddard. But that would be expected, he said, because presumably the local differences in yeast are just one of numerous factors contributing to a wine’s terroir.

“This is the first quantitative demonstration of a microbial component of terroir,” said oenologist Vladimir Jiranek of the University of Adelaide, who did not participate in the study. “It starts to explain the basis for that uniqueness [which] is nice to know,” he said, “but of course from a wine research point-of-view, what we want to do is to manipulate that profile of microbes to favor a particular wine-making outcome.”

For instance, Gilbert suggested, “we could add in yeast . . . of our own particular design to create particular desired organoleptic properties for the wine.” If microbial manipulation were combined with other terroir-contributing factors, he added, “you could theorectically create the ideal year every year.”