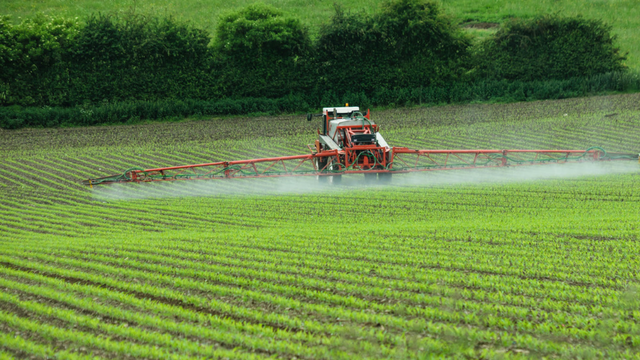 ISTOCK, MIKEDABELLA new study has found no conclusive link between exposure to glyphosate—the main ingredient in a popular weedkiller—and cancer.

The new study, which was seen by Reuters, draws on long-term data collected through the Agricultural Health Study. This has monitored the health of nearly 90,000 people in Iowa and North Carolina from 1993 to 2010, including farmers licensed to apply pesticides to their crops, and their spouses. The researchers tell Reuters that among more than 54,000 pesticide applications taken into account in the study, 83 percent contained glyphosate. Yet they found no significant increase in cancers among those exposed to the chemical.

The widespread use of glyphosate, which is the main ingredient in Monsanto’s herbicide Roundup, has become increasingly controversial as studies have produced mixed results on the hazards it poses to humans.

For instance, a 2015 study by the European Food Safety Authority concluded that...

David Spiegelhalter, a professor at Cambridge University in the U.K. who was not involved in the most recent study, tells Reuters he believes that the analysis has been “large and careful” and shows “no significant relationship between glyphosate use and cancer.”

According to Reuters, the study did note that there was “some evidence of increased risk of acute myeloid leukemia (AML) among the highest exposed group,” but reports that the correlation was “not statistically significant.”

This news comes at the same time as a vote by European Union member countries deciding on a European Commission proposal to renew the authorization for glyphosate use for five more years, as the current license expires on December 15. The decision has left the E.U. split, according to BBC News: Nine countries voted against the proposal—including France and Italy—14 states supported it—such as Britain—and five countries abstained from the vote entirely, including Germany.

According to BBC News, critics are concerned that the widespread use of glyphosate poses risks to the environment as a whole. A 2016 study by Environmental Sciences Europe notes that some plants have developed resistance to the herbicide, driving farmers to apply increasingly larger amounts. Some countries have banned the use of glyphosate entirely, including Sri Lanka. Colombia has banned aerial spraying of the chemical.

Monsanto’s vice president of strategy, Scott Partridge, tells Reuters that with regard to cancer in humans, the results were solid. “This is the largest study of agricultural workers in history, over the longest period of time,” he says. “It is the gold standard . . . and it definitely demonstrates in a real-world environment that glyphosate doesn’t cause cancer.”