Pharmaceutical giant Novartis has begun accepting applications for a lottery-based program to give away 100 doses of a gene therapy for spinal muscular atrophy, a sometimes-deadly muscle-wasting disease that affects about 1 in 10,000 births. The initiative will provide access to children with SMA living in countries where the intervention, Zolgensma, has not yet been approved. But there are far more than 100 patients who could be eligible.

The company has cited production limitations as the reason for high treatment costs and limited doses for the lottery. An independent bioethics committee worked with Novartis to develop the terms of the lottery.

“It’s a difficult situation,” Ricardo Batista, the father of an infant with SMA who lives in Canada, tells The Globe And Mail. “It’s a lottery where we’re leaving children’s lives up to chance. I don’t think it’s a game that any of us want to play.”

SMA occurs from having two copies of a mutated version of the survival motor neuron 1 (SMN1) gene, which is responsible for the proteins that maintain neurons related to muscle movement. Without proper signals from the brain to move, muscles begin to atrophy and cause a host of related problems, such as decreased mobility and an inability to swallow. Many patients die by age two, and applicants for the lottery must be under two years old. The drug, given intravenously, provides the brain with a functional copy of SMN1 through a viral vector.

While Zolgensma is delivered in a single dose, it is not a cure for the disease. It can, however, give the patients enough function of the gene to perform essential functions, such as eating and even sitting upright.

Zolgensma was approved by the US Food and Drug Administration in May 2019 as the most expensive drug ever, with a cost of $2.1 million. Soon after the approval came through, the company revealed that data manipulation had occurred in results from preclinical studies.

While the lottery aims to give patients an equal chance of being selected, having a global program makes it difficult for Novartis to ensure children receive appropriate follow-up medical care. Without knowing who will be participating in the program, there is a concern that primary caregivers will not be equipped to deal with any potential side effects or adverse reactions.

“One of our concerns about the program is that they [Novartis] are not going to monitor the patients long-term,” Kacper Rucinski, a trustee at TreatSMA in the UK, tells The Guardian. “They will just supply the drug. Everything else is the responsibility of the treating community.” 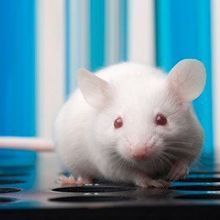 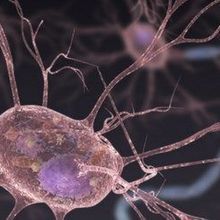