Almost 60 percent of people in a new study on attitudes in the US felt comfortable using animals to grow human organs from induced pluripotent stem cells.

ABOVE: Pigs are thought to be a suitable host for growing human organs using HACE technology.
© ISTOCK.COM, K NEVILLE

Human-animal chimeric embryos—organisms created using cells from two or more species—have the potential to change how researchers study disease and generate organs and tissues for human transplants. One day, scientists have proposed, it may be possible for someone with, say, pancreatic cancer to have their stem cells injected into a modified swine embryo lacking its own pancreas so it can grow the human organ for donation.

Already, human-animal chimeric embryos (HACEs) have been created using human cells injected into pigs, sheep, mice, rats, and monkeys, although none in the US have been brought to term. In fact, their very existence is ethically contentious. What happens, for example, if scientists were to grow a human brain in an animal, blurring the line between species?

In response to ethical, social, and legal concerns, the National Institutes of Health (NIH) issued a moratorium on funding for HACE research in 2015 pending the development of a new set of regulatory guidelines. While research continues in other countries—and even in the US, through collaborations with foreign researchers and private funding—the NIH has yet to reverse its decision, despite previous announcements that it would do so.

To gauge the American public’s support for HACE research, Francis Shen, a professor of law at the University of Minnesota, recreated two recent surveys carried out in Japan, where many of the world’s HACE studies are done. In those surveys, Shen’s colleagues found that the majority of the Japanese public supported the use of HACEs, although their feelings varied depending on the type of organ or tissue being grown. “We thought, ‘Boy, it’d be really interesting to see if the American public thinks about things the same way,’” Shen tells The Scientist.

Shen’s team directly translated the Japanese surveys into English, asking 430 participants to rate their support for each of the three steps involved in producing an organ using HACE technology: the insertion of human stem cells into an animal embryo, the transplanting of the embryo into a surrogate, and the harvesting of the resulting organ for use in a human. As before, they gauged people’s reactions to organ and tissue types, including skin, liver, blood, heart, brain, and gametes.

The Scientist spoke with Shen about the results of the US study, published today (October 1) in Stem Cell Reports. 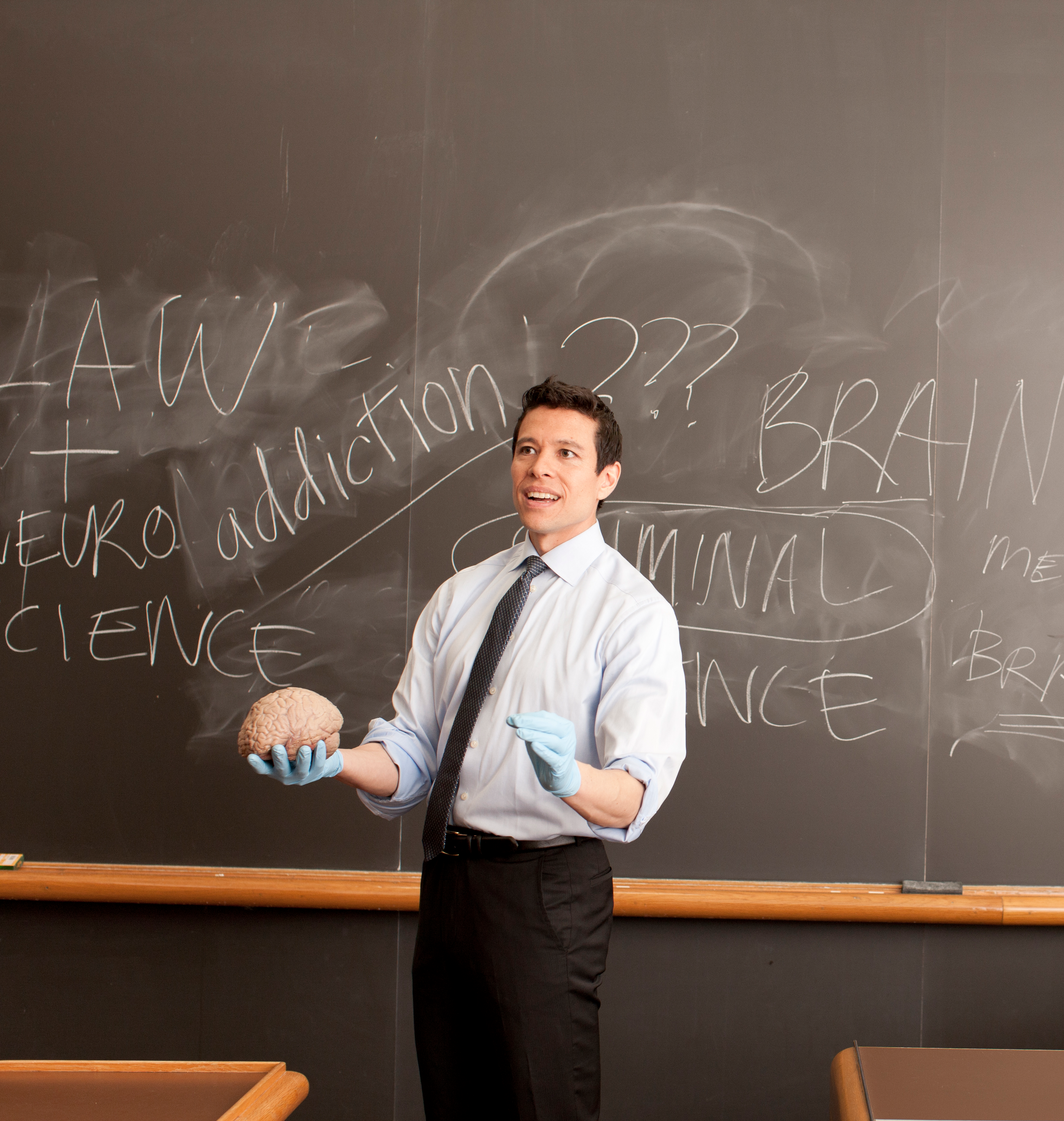 The Scientist: What can we do with HACEs, or what are we hoping to do with them?

Francis Shen: Organ transplantation is a major goal, and that would be a major breakthrough. When I describe [HACEs] to . . . colleagues who maybe haven’t heard of them before, I talk about organ transplantation. And they understand that, yes, if you grow an organ from your own cells, it makes intuitive sense that your body might be more receptive.

I think there are also a large number of applications that fall broadly under regenerative medicine. One is to better understand the mechanisms of disease and organ function. There’s basic science advances to be achieved there. And then there are applied clinical advances and improvements in treatment across a wide range of diseases and disorders. We can develop better interventions, pharmacological and otherwise. The techniques are not just about improving organ donation. There are also a number of ways, through both basic and applied science, this work can really improve our knowledge and therefore response to any number of diseases and disorders.

TS: What did your survey tell you about the American public’s thoughts on human-animal chimeric embryos?

FS: One of the main findings was that there seems to be very broad support, even broader than in the Japanese public, for the different steps of HACE research. Support was 59 percent, so a strong majority, support all three steps, including the returning of the organ into a human.

Second was that there are some differences across subgroups in the public. One thing that we thought was interesting is that, although lower, in some instances the support of those who are politically conservative was still quite strong . . . suggesting that this type of stem cell research—using [induced pluripotent stem] cells and not embryonic stem cells harvested from a fetus—perhaps could be more politically palatable.

FS: [People are] more accepting of using HACEs to grow things like livers and skin than sperm, eggs, or brains, and I think it gets to humanization. It’s speculation, but I think it’s informed speculation based on other ethical scholarship and work that has been done. A liver is kind of a liver, it doesn’t seem to have too many special properties, but the sperm and the egg and the brain, those are part and parcel of a person. So it feels much more ethically concerning to grow a person in a pig, as opposed to growing just some constituent part of a person.

Someone has a heart transplant or a liver transplant, and it just kind of seems to make more sense. I think there’s a cultural acceptance and understanding that’s easier to analogize to.

TS: What are the ethical considerations here when you start considering using HACEs to grow something like a human brain in animals?

There are a series of ethical concerns, and we tried pretty hard in the paper to emphasize that. They include animal welfare, human dignity, and then the potential for the neurological humanization of chimeric animals.

I think addressing them is tremendously important. Although the NIH has a moratorium presently, it doesn’t mean this type of research isn’t going to happen. If the NIH doesn’t fund it with these ethical guidelines in place, it could be funded and produced elsewhere outside of NIH purview. So not only is there an opportunity to set the ethics frameworks here, there’s almost an imperative to do so.

The bottom line for me is that the ethics and the laws and regulation should go hand in hand with the development of the research. And to do that productively means we need to get together and work through these complicated issues. What our study suggests is that the American public would like us to do that.