Finding cannibalism in the animal kingdom is not particularly shocking. Famously, female black widow spiders (Latrodectus spp.) sometimes consume males after mating, an example of so-called sexual cannibalism. Similarly, cannibalism in snakes has been documented, especially in king cobras and Lataste’s vipers. In these snakes it’s usually the male being consumed, either by a male competitor or by a female conspecific. In a research note published in Ethology on October 15, researchers report that some male snakes flip this script, dining on females of the same species—that is, potential mates. 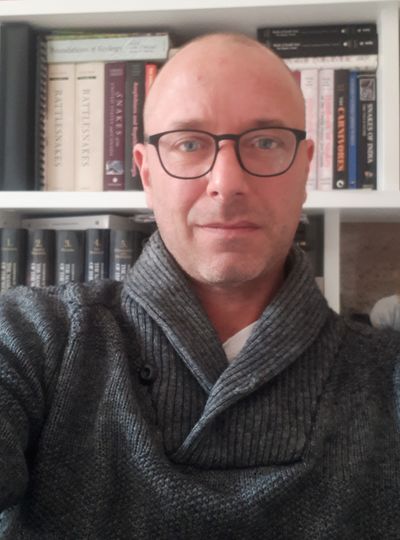 There have been only a few previous reports of cannibalism in this species, known as Montpellier snakes (Malpolon monspessulanus). The new finding grew out of a French community database of animal observations in which users documented three instances of male Montpellier snakes cannibalizing adult female conspecifics in the south of France outside of their mating season. Xavier Glaudas, an organismal biologist affiliated with the University of the Witwatersrand, Johannesburg, in South Africa, and his colleague Nicolas Fuento at the Ligue pour la Protection des Oiseaux PACA, describe the finding in their paper and put forward multiple possible explanations for it, including the nature of snakes as opportunistic feeders, a lack of prey, and elimination of intraspecific competition. The Scientist spoke with Glaudas about potential advantages of cannibalism in general, and about the unexpected occurrences documented in his research note.

The Scientist: What was your initial reaction to finding out about these cases in Montpellier snakes?

Xavier Glaudas: I was very surprised. I was just like ‘Are you serious? Really?’ and it was not just one case. . . . I’m just thinking well, okay, we need to get all this stuff together. We need to write something because this is rather counterintuitive, and we need to report this. Then [Fuento] sent me pictures and I was absolutely excited about this. . . . Then we got it confirmed by experts of the species to confirm that yes, indeed, these are three different cases of males feeding on adult females.

TS: What is shocking or counterintuitive about these instances of cannibalism in the Montpellier snakes that you reported on?

XG: Most of us biologists think that an adult male feeding on an adult female is kind of counterintuitive. I think it probably comes from the fact that the old paradigm was that generally a male would try to mate with as many females as he can to just increase his fitness. The males typically do not take care of the offspring. He is not the one that’s being pregnant. So, for him it would pay off to actually try to mate with every single female he encountered. . . . But recently, in the last few decades, the paradigm has been shifting, if you will, just because we realize that males—they can also be choosy in some ways about the females they mate with.

At first you think it is counterintuitive. And then when we wrote the paper, we just realized [that] in fact there may be many reasons for a male to eat a female. And that could be adaptive—in other words, it could actually benefit the male’s fitness to do that. We do highlight a few of those reasons that we think could potentially explain [these observations]. 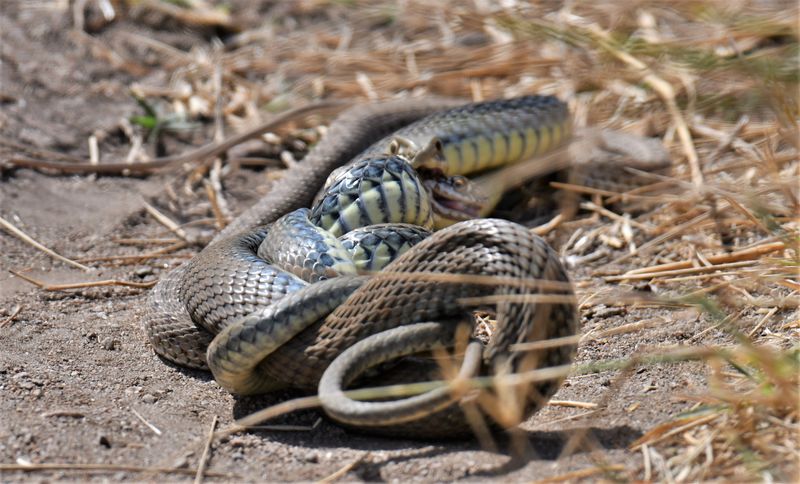 A male Montpellier snake holds an adult female behind the head with his jaws, possibly to eat her.
PHILIPPE BAILLEUL

TS: Can you explain the three different hypotheses listed in the paper for why these snakes engaged in this behavior?

XG: One trend is that cannibalism generally occurs in species that actually have a broad diet. [Montpellier snakes] are opportunistic predators. They are generally aggressive feeders, and so that’s a possibility we entertain: the males saw something moving and went into predatory mode. That’s one idea.

The other could be the prey population. [Montpelier snakes] do eat snakes on occasion, but they are not specialized snake feeders. So, it’s a possibility that their more typical prey were rarer at this time and that the males took this opportunity to feed [on conspecifics]. Or in the same line of thought, maybe this individual was starving. They did not seem particularly skinny or emaciated, but maybe . . . these individuals were very hungry, which motivated them to eat the females.

The third [possibility] is that it’s a good way to remove a competitor. Members of your own species are your worst competitors because they occupy the same ecological niche. They use the same resources, they typically feed on the same prey items, so by actually eating one of your own kind, you’re removing the strongest competitor that you are faced with.

It’s a bit different than most other cannibalistic published studies.

TS: Do you believe one hypothesis is stronger?

XG: We have no way to say, and it’s also possible that there’s something else. . . . We can only speculate. We make an observation, and we try to explain it using the existing theoretical framework.

TS: Do you think there is a possibility of this cannibalistic behavior being a more common occurrence than previously thought?

XG: The thing is, it’s actually widespread. Many organisms show it and it’s pretty much everywhere in the animal kingdom. . . . There was a recently published paper on African cobras, and they showed that within cobra species, they predate upon one another. But the cannibals always fed on males. They didn’t report a single case of a male feeding on a female, which is quite interesting. This is why our study makes a contribution to describing patterns of cannibalism in nature. It’s a bit different than most other cannibalistic published studies.

[From a follow-up email:] Although we only have 3 observations, the fact that all these cannibalistic events involved males feeding on females suggests that this behavior may be more common than we think in this species. 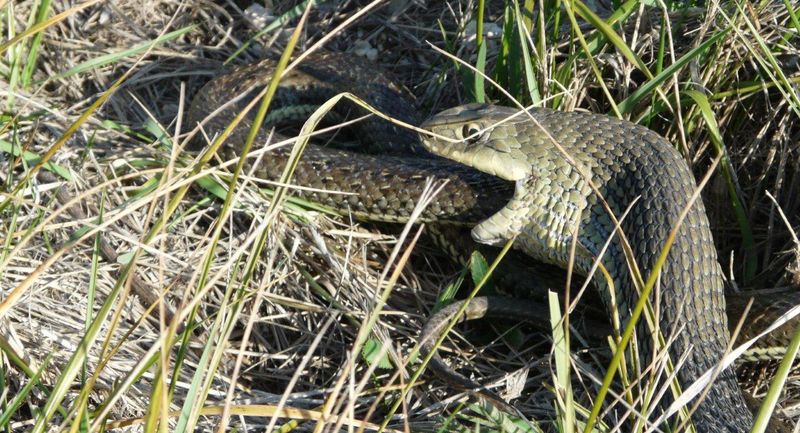 Editor’s note: This interview has been edited by TS for brevity and by XG for accuracy and flow.