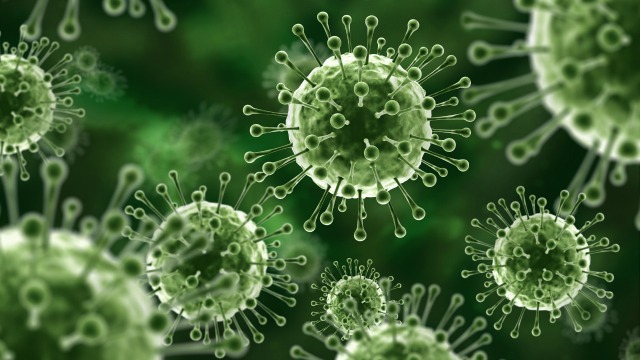 ISTOCK, ADVENTTRHad Xi Zhou known what he was in for a few years ago, he might never have gone looking for RNA interference (RNAi) in mammals. “At that time we are very young and kind of naive,” he says of himself and his collaborators.

But Zhou, a biologist at the Wuhan Institute of Virology in China, was intrigued by two 2013 papers that presented evidence of an RNAi response against viruses in mouse embryonic stem cells, baby hamster kidney cells, and newborn mice. He’d also read with interest the responses of skeptics in the field, and he set out to design a study that would address some of their criticisms.

The result, published in June in Immunity, together with other recent work, has helped to shift the debate between proponents and skeptics of the idea that mammals, like plants and invertebrates, can use small interfering RNAs to...

A new kind of immunity

RNAi was first found in 1998 in nematodes. In this type of immune response, a host enzyme called Dicer chops up double-stranded RNA—a telltale signal of an RNA virus—into 21- to 23-nucleotide chunks called small interfering RNAs (siRNAs). Single strands from those chunks are incorporated into an RNA-induced silencing complex (RISC) and used to recognize complementary strands of viral RNA so that the enzyme Argonaute can eliminate them.

The 1998 finding sparked a wave of research into this new type of immunity, and strong evidence emerged of RNAi’s importance in plants and invertebrates. But few labs were able to find any trace of a mammalian RNAi response.

The two 2013 papers, published together in Science, made a strong case for mammalian RNAi, but some skepticism remained. Benjamin tenOever of Icahn School of Medicine at Mount Sinai, Bryan Cullen of Duke University Medical Center, and Sara Cherry of the University of Pennsylvania School of Medicine penned a minireview conceding that embryonic stem cells might produce siRNAs to inhibit viral replication.

Among their various arguments, tenOever and the others pointed out that the small RNAs used as evidence for an RNAi response in mature somatic cells were “just hundreds out of the millions of small RNA reads analyzed,” in contrast to the voluminous surge in siRNAs seen when plant or invertebrate cells encounter double stranded RNA. And RNAi would seem to be incompatible with a mammalian immune pathway that directly interferes with its components. Unlike invertebrates and plants, mature mammalian cells have a protein-based immune mechanism, controlled by interferon signaling, that chops up the Argonaute protein that’s key to RNAi—though stem cells lack this ability.

Zhou read the minireview over and over. Then he set out to devise a study that would test the authors’ doubts.

A challenge to the skeptics

In the genome of human enterovirus 71 (HEV71), which causes hand-foot-and-mouth disease, Zhou’s team found a gene for a protein that appeared to be a viral suppressor of RNAi, or VSR. These VSR proteins tamp down the RNAi response in plants and invertebrates, and may, some suggest, help explain why RNAi in mammals is so hard to detect. The team decided to make a mutant virus without the suppressor protein to see if it would provoke a readily detectable RNAi response in two different lines of human somatic cells.

After 14 months of unsuccessful experiments, Zhou says, he found out that the mutant virus his group was using quickly evolved to regain its VSR function—thus tamping down the RNAi activity they were looking for. The team then tried again with a more stable virus engineered to lack VSR function, and found that it caused cells to produce markedly more siRNAs. To confirm the results, the researchers knocked out Dicer in the host cells, and found the siRNAs disappeared.

The study “provides another example [of] the induction and suppression of the antiviral RNAi response by a human viral pathogen,” says Shou-wei Ding, a professor of molecular virology and immunology at the University of California, Riverside, who led one of the 2013 studies. “And it also shows that this human virus has evolved a suppressor of RNAi.”

Cullen wrote a preview article in the same issue of Immunity that called the paper “an important addition to the field,” while cautioning that the physiological significance of an RNAi response in mammals has yet to be determined.

See “The RNA Age: A Primer”

tenOever remains unconvinced. He suggests some of Zhou’s results may be evidence of an interferon response rather than of RNAi. “This paper is inconsistent with the findings of many other labs,” he tells The Scientist, including his own. Many of these negative findings go unpublished, he notes. “I don’t know how else to be other than pessimistic about this idea of RNAi in mammals,” he says.

Ding notes that interferon control and the RNAi mechanism could be linked. “One possibility remains that RNAi could be under the regulation of interferon,” he says. “The relationship between these two is also something to look forward to see in the future.”

While disagreements remain, Chris Sullivan of the University of Texas at Austin says Zhou’s study, along with the pair in 2013 and another published last year by Ding and Kate Jeffrey of Harvard Medical School, have changed the conversation about RNAi in mammals. “Four years ago or so, the debate was, is there any sign or hallmarks of RNA interference in mammals?” he tells The Scientist. Although that has been answered, he says, “the main question still stands unresolved, and that is, is RNA interference [in mammals] a relevant or meaningful antiviral response? And I don’t think there’s any evidence that proves that yet.”