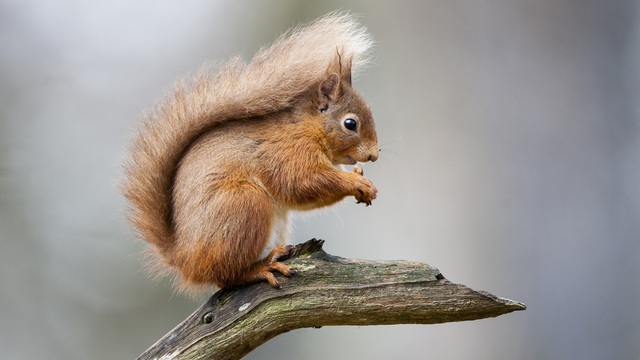 Red squirrelISTOCK, STEFONLINTON An all-inclusive study published today (June 13) by The Mammal Society and Natural England found that at least one in five of the U.K.’s mammal species faces a severe threat of extinction. The review analyzed 20 years of population information for 58 of Britain’s terrestrial mammals.

Twelve species, including the red squirrel, the gray long-eared bat, and the water vole, have now made the International Union for Conservation of Nature’s Red List of Threatened Species.

“The report highlights an urgent requirement for more research to assess population densities in key habitats because at present, uncertainty levels are unacceptably high,” Fiona Mathews, an environmental biologist and coauthor on the study, says in a statement. Farming practices, increasing urbanization, and the introduction of invasive species are some of the responsible elements.

While the “best available data” were used, they were at times insufficient to draw conclusions...

“I think it provides us a launching pad for going forward in working out what to do in trying to conserve species in the country where necessary,” John Gurnell, an ecologist at Queen Mary University of London and coauthor on the study, tells BBC.

“You’ve got to have space for untidy nature to exist,” Darren Tansley of the Essex Wildlife Trust who was not involved in the study tells The Independent. He says conservation needs to be incorporated into infrastructure development.

According to The Guardian, Mathews says conservation can’t be restricted to protected areas but needs to extend to fringes, such as hedgerows where wild mammals are often found.

Since the last survey in 1995, numbers of certain mammals that were endangered, such as badgers and polecats, have increased, indicating conservation efforts have been fruitful.