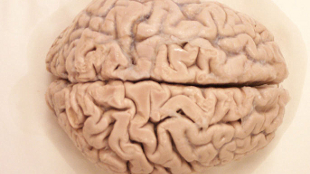 FLICKR, EUSKALANATOFirst recognized in rats, humans may also owe their sense of direction in part to grid cells—neurons that fire in a triangular pattern and help keep track of navigational cues—according to a study published yesterday (August 4) in Nature Neuroscience. Recording the neuronal activities of people asked to locate invisible objects in a virtual environment, researchers at Drexel University observed grid-like firing in two regions of the brain, providing the most concrete evidence yet for the existence of grid cell activity in humans.

Investigators from Norway’s Centre for the Biology of Memory first discovered grid cells in rats in 2005. Contrasting with place cells, which fire action potentials when an animal passes through a specific space, the researchers found that these newly identified neurons fired in a triangular grid pattern, all at once, when an animal moves about in open space. In 2010, University College London’s Neil Burgess...

“Although fMRI signals have been found consistent with the firing of populations of grid cells with aligned grids, it is a very important step to directly record from neurons with grid-like firing patterns,” Burgess said—which is exactly what Drexel’s Joshua Jacobs and his colleagues have now done.

Jacobs’s team studied 14 patients who had previously had electrodes implanted in their brains as part of their ongoing treatment for drug-resistant epilepsy. The researchers took advantage of these electrodes to track neuronal activity during a video-game task in which participants had to find hidden objects in a virtual environment by navigating with a joystick. To uncover invisible objects, the study participants likely used an allocentric navigation strategy, which relies on external cues and is known to involve the processing power of the hippocampus.

Sure enough, Jacobs and his colleagues observed human hippocampal cells exhibiting grid-like spiking during the navigational challenge. In addition, they found that neurons in the entorhinal and cingulate cortices—brain regions involved in memory, among other things—showed similar grid-like activity at multiple locations within the virtual environment, forming a network covering the entire space and recapitulating a pattern similar to that observed in the brains of exploring rodents.

Speaking with The Scientist, Jacobs noted that, beyond spatial cognition, grid cells may also play important roles in human memory. “Over the course of evolution, it seems like the neural structures that are involved in spatial navigation also appear to be involved in episodic memory,” he said. “In short, everything we learn about navigation is not only important for navigation, but also for understanding the neural basis of memory more generally.”

This, he added, opens up the possibility of studying grid cell activities in people who have become disoriented as a result of Alzheimer’s disease, for instance, with an eye toward fixing those networks.

“One implication is that if people have a hard time and they become disoriented, [understanding how] the grid cell network is structured helps us understand how we might repair this network going forward,” Jacobs said.