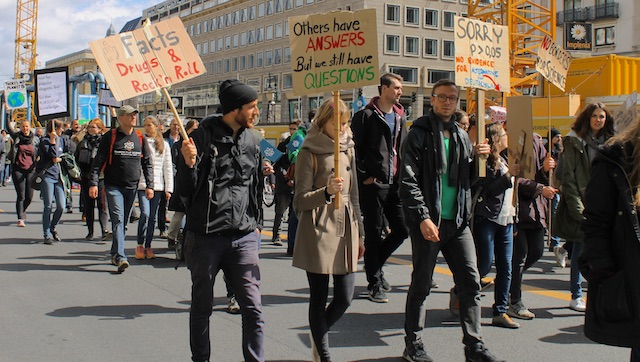 March for Science, Berlin, Germany April 22, 2017DIANA KWONThe sun began to peak through the clouds on a rainy day in Berlin as marchers gathered in the courtyard of Humboldt University, one of the cities’ oldest academic institutions. As pre-march speakers took to the stage, what started off as a few hundred people quickly swelled into thousands of marchers, many holding signs about science, facts, and evidence—though a few anti-Trump and anti-Alternative für Deutschland (the right-wing populist party in Germany) placards appeared scattered among the masses.

The crowds marched relatively silently—no shouts or chants could be heard—along Unter den Linden, a wide boulevard stretching through one of the most popular tourist districts in Berlin. According to unofficial police estimates, around 11,000 people had gathered by the time the march reached the Brandenburg Gate. “We had people counting, and the first estimate we gave to the police was 5,000,” said...

A series of statements by scientists from various disciplines and from Michael Müller, the mayor of Berlin, were met with cheers from the marchers. The demonstration ended with the crowd singing “Die Gedanken sind frei,” a popular German protest song about the freedom of thought. 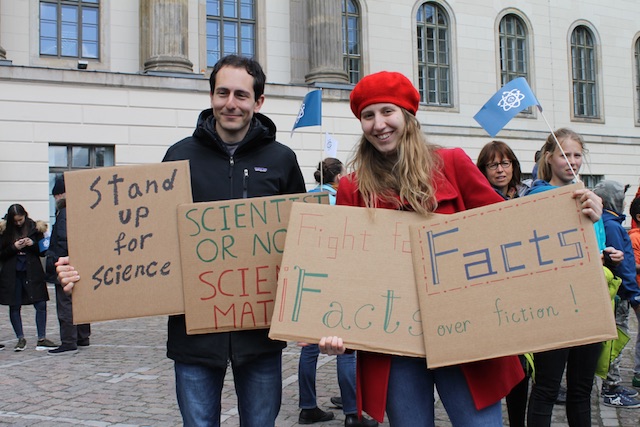 Leonardo Tozzi, a neuroscientist at the Otto von Guericke University in Magdeburg, Germany (left) and Beatriz Lara Amaro, a researcher at the Leibniz Institute for Neurobiology (right)DIANA KWON

“I'm marching because throughout the world—I believe—there have been some pretty strong attacks to the scientific community in many ways, and also I believe there’s a need, somehow, to reaffirm the importance of scientific investigation for the general public.” —Leonardo Tozzi 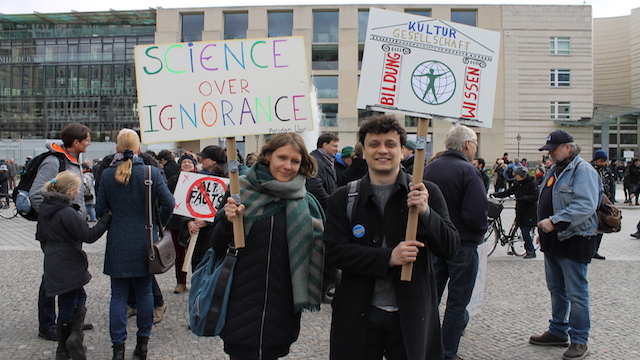 Aude Noiray, a language scientist at the University of Potsdam, Germany (left) and Patrick Piwowarski of the Institute of Medical Physics and Biophysics, Humboldt University (right)DIANA KWON

“I feel that it’s necessary to create awareness that science is very important for society and for culture, and that it’s something that’s independent of opinions. And we have to defend it in these times.” —Patrick Piwowarski 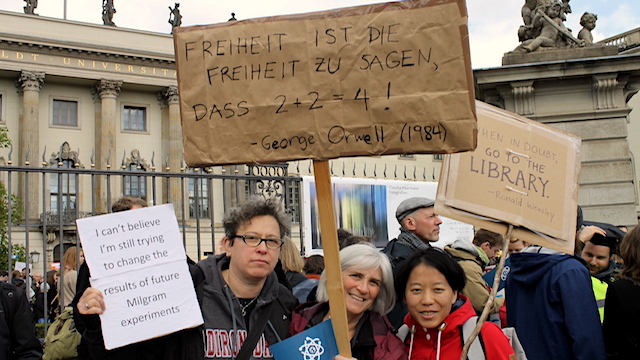 “My employer told us that we should definitely go to the march. I think for the Berlin science institutions, it’s completely obvious that this is something we need to fight for.” —Leslie Kuo 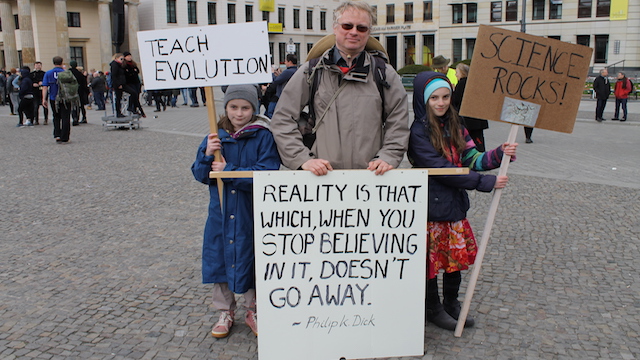 Percy Rohde, a biologist at an environmental NGO, with his two daughters (8 and 10 years of age) DIANA KWON

“We just watched a documentary on Charles Darwin the other night, and my older daughter, when I told her that in some countries—Turkey, Russia, and parts of the United States—evolutionary theory is taken out of the school curricula, she said, ‘We have to make a sign!’ And we [created] these ones.” —Percy Rohde 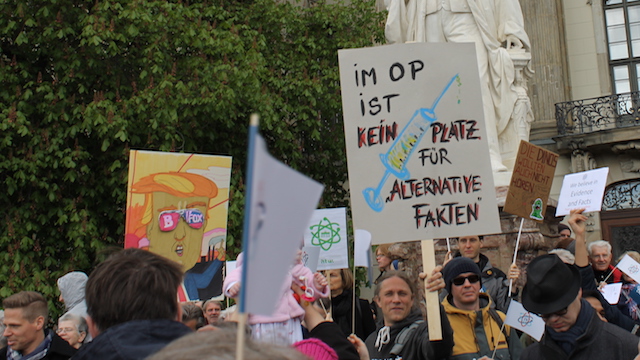 Marchers gathered at Humboldt University. The sign on the right says: “In the operating room, there is no room for alternative facts.”DIANA KWON 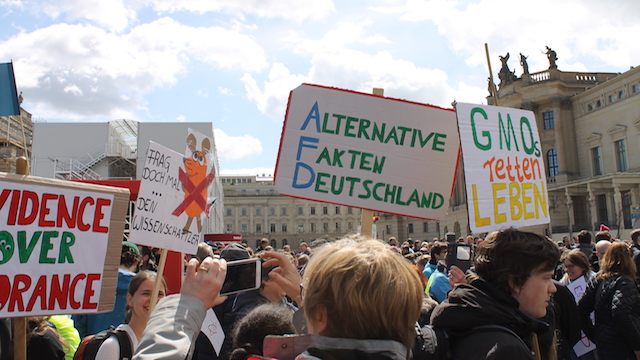 Crowds marching down Unter den Linden. The sign in the middle says “Alternative Facts Germany” and the one on the far right says, “GMOs saves lives.” DIANA KWON 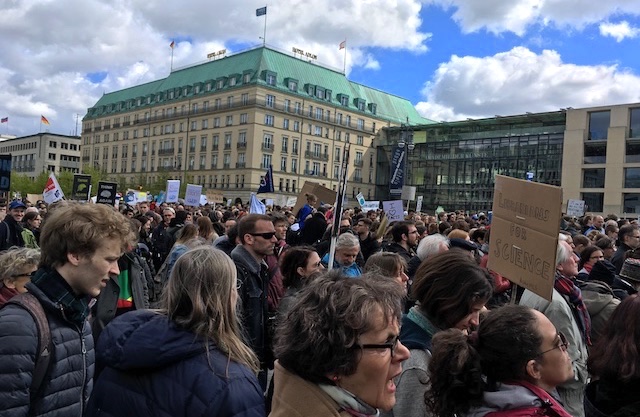 Crowd at the March for Science in Berlin, April 22, 2017DIANA KWON 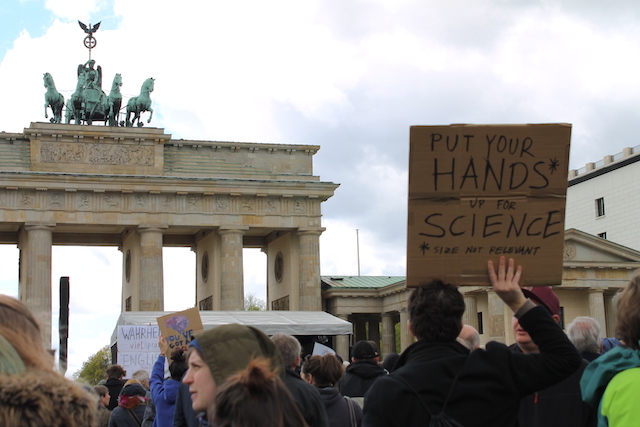 Marchers assembled at the Brandenburg Gate for the March for Science in Berlin, April 22, 2017DIANA KWON