Between the shore of Lake Michigan and the skyline of downtown Chicago, thousands of science supporters gathered for the March for Science. Stretching down Columbus Drive, the crowd was silent during speeches before the planned procession, except for intermittent chants of, "Chicago! Science! Chicago! Science!" led by march organizer Kristian Aloma. 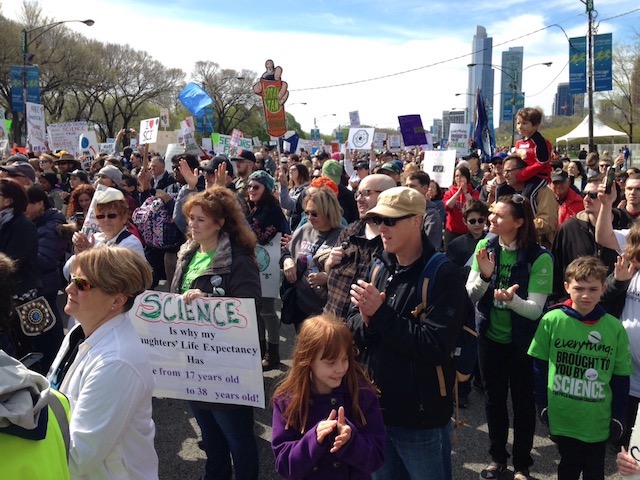 Crowds at the March for Science in Chicago, April 22, 2017 KERRY GRENS

A handful of speakers took the stage before attendees headed south on the march route. Although there was a substantial number of anti-Trump signs among the crowds, speeches stuck to nonpartisan topics: respect for data and the importance of diversity in scientific endeavors. "Science is for everyone and is done by everyone," Garry Cooper, the CEO of Rheaply, a company that helps researchers share resources and find collaborators, told the cheering crowd.