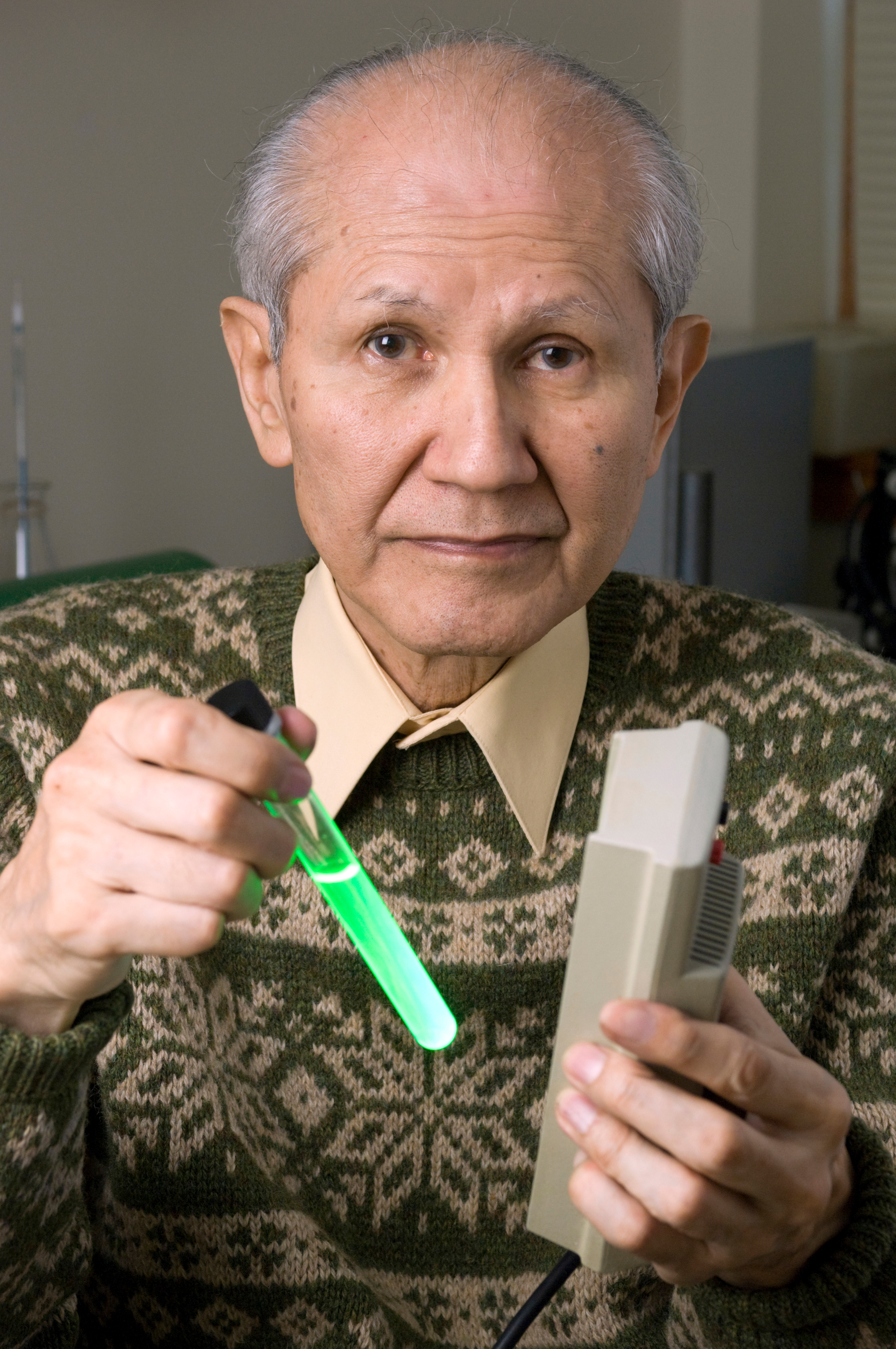 Osamu Shimomura, who shared the 2008 Nobel Prize in Chemistry for discovering and isolating green fluorescent protein, died on October 19 in Nagasaki, Japan. He was 90 years old.

The Japan Times reports that Shimomura’s early life was heavily shaped by World War II. Born in Kyoto Prefecture on August 27, 1928, he lived in Japanese-occupied northeastern China as a child. Back in Japan, on his first day of 10th grade, Shimomura’s entire class was “mobilized” to work at an aircraft arsenal rather than attend classes. He later recalled a bombing of the arsenal in his Nobel Prize biography: “We ran between bombs burning with white flame; I saw a person who had been hit on the shoulder running with one arm...

He was still working at the arsenal, outside Nagasaki, when the US military dropped an atomic bomb on the city in 1945.

Shimomura went on to study at Nagasaki College of Pharmacy and he worked as a research student at Nagoya University from 1955 to 1958.

From 1960–82, Shimomura worked at Princeton University, where he and his wife Akemi Shimomura, a research assistant, isolated green fluorescent protein (GFP) from 10,000 jellyfish they collected in Puget Sound, Washington State. “The development of GFP to visualize the inner workings of cells, organs, and entire organisms precipitated a golden age of innovation in microscopy and imaging that continues to unfold,” says Nipam Patel, director of the Marine Biological Laboratory (MBL) in Woods Hole, Massachusetts, in a statement. “The importance of Dr. Shimomura’s contribution to contemporary biological discovery cannot be overstated.”

Shimomura took up a senior scientist post at MBL in 1982, which he held until his retirement in 2001. In addition to winning the Nobel, he was elected to the US National Academy of Sciences, received the Order of Culture from the emperor of Japan, and published two books: Bioluminescence: Chemical Principles and Methods and Luminous Pursuit: Jellyfish, GFP, and the Unforeseen Path to the Nobel Prize.

When his health deteriorated last year, he returned from the US to Nagasaki, according to The Asahi Shimbun. Shimomura is survived by his wife, Akemi, his son, Tsutomu, his daughter, Sachi, and two grandchildren.