Mars may have liquid water—a huge lake nestled under the ice cap at the planet’s southern pole, researchers report today (July 25) in Science. Planetary scientists have debated for decades whether the Red Planet has liquid water, usually discussing the possible presence of small amounts that quickly appear and disappear, but the new discovery suggests Mars has a large, standing reservoir of water.

“This is potentially a really big deal,” planetary scientist Briony Horgan of Purdue University tells Science News. “It’s another type of habitat in which life could be living on Mars today.”

Roberto Orosei of the National Institute of Astrophysics in Bologna, Italy, and his colleagues detected a bright spot at the southern pole using radar data taken with the Mars Express spacecraft from May 2012 to December 2015. The team ruled out that carbon dioxide ice or other features created the spot and were left with one explanation—a lake of liquid water.

“On Earth, nobody would have been surprised to conclude that this was water,” Orosei tells Science News. “But to demonstrate the same on Mars was much more complicated.”

Based on the data, the researchers concluded the water reservoir sits 1.5 kilometers beneath the surface ice at the Martian southern pole and is 20 kilometers wide. Mixed within the water might be salt or mud, which would keep it from freezing. (Temperatures at the bottom of the ice sheet may be as low as –68 °C). Still, that might not prevent life from calling the lake home.

“In this kind of environment that we know of on Earth, in the Antarctic, we have bacteria,” study coauthor Elena Pettinelli of Italy’s Roma Tre University tells National Geographic. “They can be deep in the ice.”

See “Search for Life on the Red Planet”

The results still need to be confirmed by other teams. Researchers haven’t detected the same reflective spot with instruments aboard the Mars Reconnaissance Orbiter, notes Nathaniel Putzig of the Planetary Science Institute in a CNN article. He and his colleagues plan to review the data from Mars Express. “I'm excited to see how the 3-D imaging will clarify the view of this detection and whether we will find similar ones elsewhere beneath the polar caps,” he tells CNN.

“There are other areas that seem to be similar,” Pettinelli notes in the National Geographic piece. “There’s no reason to say this is the only one.” 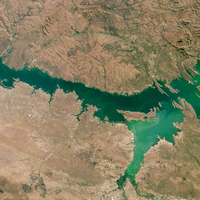 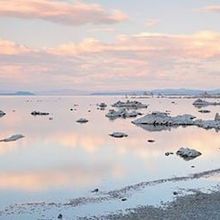 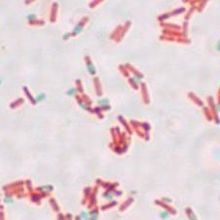