Large donations announced in recent weeks will fund research and education initiatives at multiple academic institutions across the US. The gifts, from the Weill Family Foundation, foundations established by the late manufacturing titan Thomas Lord, and record label founder David Geffen, add up to more than $1 billion.

The Weill gift, reported November 12 by the San Francisco Chronicle, totals $106 million and will fund an interconnected hub for neuroscience research based at the University of California, Berkeley, the University of California, San Francisco, and the University of Washington. The money will go toward faculty, postdoc, and graduate student positions. “We’ve made great strides in cardiovascular disease and infectious diseases, and we’ve made no strides of any consequence in the brain, which is the most complicated part of one’s body. That’s what got me interested,” Sanford “Sandy” Weill, chair of the Weill Family Foundation, tells the Chronicle.

On November 13, MIT, the University of Southern California (USC), Duke University, and the Cleveland Clinic jointly announced that they each expect to receive more than $260 million from foundations established by Lord, The Washington Post reports. Lord died in 1989, but the foundations he put in place will dispense the money due to the recent sale of the Lord Corp., his family business that specializes in adhesives and coatings. Unlike the Weill donation and most other philanthropic gifts, the donations are unrestricted, meaning the recipient institutions can use them as they choose.

The lack of restrictions is “what makes this really remarkable and transformative,” USC Provost Charles Zukoski tells the Post. “It’s fabulous. . . . What we’re looking at with this money is to begin to focus it around a narrow set of topics to have an enormous impact,” such as addressing environmental challenges or problems faced by cities. Meanwhile, MIT is considering using the funds to support graduate students and their research, upgrade buildings, and work on climate change, and Duke will add the money to its endowment, using the proceeds for projects such as a new building and financial aid for undergraduates.

Yesterday (December 2), the University of California, Los Angeles, announced that longtime donor David Geffen has added $46 million to a scholarship fund he previously established at the school. The money will provide full-ride scholarships to 120 students at UCLA’s David Geffen School of Medicine. 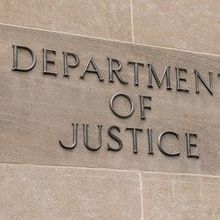