More and more children around the world are being born to obese mothers than ever before. In the United States, 23.4 percent of women are obese before they become pregnant—a number that represents a growing phenomenon. From 1994 to 2014, the rate of women who were obese prior to pregnancy in the country shot up 86 percent, according to a nationwide nutrition program registry.

The increasingly common condition has been associated with children being born obese as well as showing a greater risk of developing heart disease, diabetes, cognitive and behavioral difficulties, and other neurodevelopmental disorders. Incidentally, a growing numbers of children are being diagnosed with mental disorders, with up to one in five children in the US experiencing conditions that challenge their mental health in any single year.

This summer alone, multiple studies have found that different facets of moms’ metabolic health and weight are linked with a greater risk for children being diagnosed with autism, attention deficit hyperactivity disorder (ADHD), and mild neurodevelopmental problems.

In June, Thomas Buchanan of the University of Southern Carolina and his colleagues reported how expectant mothers’ diabetes—experienced by one in 16 pregnant women in the US—is tied to a baby’s chances developing autism. The researchers found a clear divide: Mothers with a diabetes diagnosis by their 26th week of pregnancy gave birth to children with a higher likelihood of being on the autism spectrum compared to mothers with no diabetes or who received a diagnosis after their 26th week. “There appeared to be not a technical dose-response relationship, but a relationship in severity, according to the severity and timing of the diabetes: the more severe and earlier, the more the risk of autism,” Buchanan tells The Scientist.

In August, Catharina Lavebratt and her colleagues at the Karolinska Institute in Sweden scrutinized this association one step further. They wanted to see how the interplay between prepregnancy obesity and diabetes might influence babies’ neurodevelopment. They analyzed patient information for close to 650,000 births in Finland between 2004 and 2014 to determine the relationship between maternal obesity, pregestational diabetes, and gestational diabetes and the mental health of the children. Mothers with diabetes before they got pregnant and who were obese had children with a greater risk of developing autism, ADHD, and mood disorders compared with mothers with either obesity or diabetes alone.

Also in June, Ali Khashan of University College Cork in Ireland and his colleagues published a meta-analysis of 61 studies that found mothers with pregnancy-related high blood pressure disorder—a set of conditions that includes preeclampsia, one of obesity’s henchmen during pregnancy—had kids with a higher risk of being on the autism spectrum and developing ADHD. A few months prior, another investigation observed a link between maternal weight, preeclampsia, and babies’ neurodevelopmental delay.

While epidemiological studies have shown that an association between maternal obesity can impact a baby’s neurodevelopment in multiple ways, scientists in the lab are working with various animal models to uncover the underlying mechanisms.

Looking for a cause

Outside of observational studies, scientists have drawn similar links in animal models—rodent and nonhuman primate offspring tend to show behavioral and cognitive deficits when born to obese mothers or mothers fed high-fat diets. Experimental studies have also hinted at several underlying mechanisms such as poor nutrition, epigenetics, and the maternal microbiome. While the complex interplay between them is difficult to disentangle, researchers suspect that inflammation may be the biggest culprit.

Such neuroinflammation arising in the offspring of rats fed high-fat diets could be altering their neurodevelopment.

This belief arises from chronic, systemic inflammation being a feature in pregnancy, both with and without obesity. Large amounts of proinflammatory cytokines move through expectant mothers’ bodies compared to women who are not obese or pregnant. High levels of cytokines during pregnancy are linked to cognitive difficulties and ASD in children. And animal studies have shown associations between maternal obesity, placental inflammation, fetal brain inflammation, and abnormal neurodevelopment in offspring.

At Massachusetts General Hospital, Andrea Edlow works to understand how maternal obesity could cause neurodevelopmental delays in rodent offspring and human babies. Using gene-expression signatures of cord blood and amniotic fluid from pregnant women, Edlow has identified upregulated inflammatory genes along with altered regulation among other genes critical to brain development in fetuses.

Edlow’s mice studies helped reveal sex-specific differences in fetal brain sizes and gene-expression profiles, with males born to mice on high-fat diets ending up with greater neurodevelopmental deficiencies than their female counterparts. “Different aspects of brain development and behaviors seem to be implicated for males compared to females in the setting of maternal obesity,” says Edlow. “We found different numbers of brain microglia in the developing fetal hippocampus in males compared to females who were exposed to maternal obesity in utero and that these differences correlated with abnormalities in hippocampal learning that were more permanent in males across the lifespan.”

Microglia are the brain’s primary immune cells. They take part in an important developmental process called synaptic pruning, in which the microglia trim away excess neuronal connections. Staci Bilbo studies these cells in the context of neuroinflammation and neurodevelopment at Harvard University.

In a recent study, Bilbo fed pregnant rats a high-fat diet and found that at birth, their pups showed signs of activated microglia in their hippocampi and persistent changes in anxiety and spatial learning that lasted well into adulthood.

“The microglia in the high-fat diet [offspring] look almost like a brain [that] has been injured,” says Bilbo. “They’re kind of chunkier with their processes kind of pulled in as if they’re gearing up to fight infection.” When faced with an immune challenge, these microglia produced higher levels of cytokines compared to microglia from rats whose moms ate a normal diet. Such neuroinflammation arising in the offspring of mothers fed high-fat diets could be altering their neurodevelopment, and Bilbo suspects the neuroinflammation could be responsible for the anxiety and learning problems in pups.

While Bilbo’s and Edlow’s rodent models have shown that inflammation and microglia contribute to abnormal brain development, Elinor Sullivan of the University of Oregon studies maternal obesity’s effects on neurotransmitter systems in the offspring’s brain using a nonhuman primate model. Over the past several years, she’s generated evidence that high-fat diets given to pregnant macaques disturb serotonin and dopamine signaling. “We also see alterations in the projections of these serotonin neurons to different brain regions,” says Sullivan, along with similar changes in the projections of dopamine neurons.

While inflammation is suspected, how it contributes to these modified brain pathways needs to be examined.

Sullivan recently reported finding that lower levels of maternal macrophage-derived chemokine levels—regulated by both maternal diet and metabolic state—relate to behavioral outbursts, while perinatal obesity was linked to reactive anxiety in the offspring in response to fear or stress and ritualized anxiety, which bears resemblance to symptoms of ASD.

If indeed inflammation is a contributing factor to the statistics on maternal obesity and children’s neurodevelopmental health, it’s likely not the only one.

“The increase in neurodevelopmental diagnoses in children is very multifactorial so it would be hard to demonstrate the contribution of maternal obesity to that increase, in isolation from a multitude of other factors,” Edlow says in an email. “Certainly both phenomena are rising, but that isn’t sufficient to demonstrate causality.” 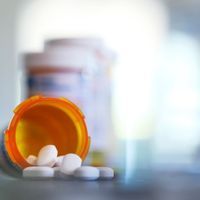 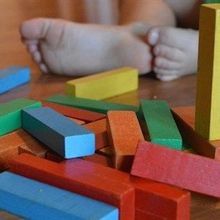