ABOVE: Maurice Taieb studying a fossil at the Hadar formation in 1972
COURTESY OF DONALD JOHANSON

Famed geologist Maurice Taieb, whose discovery of the Hadar formation in the Afar region of Ethiopia became key to studying human evolution, has died at the age of 86, the French National Centre for Scientific Research reports. In 1974, the 3.2-million-year-old bones of Australopithecus afarensis, better known as Lucy, were found in the formation.

Taieb was born in Tunisia on July 22, 1935. According to a 2006 profile in Nature, he spent his youth accompanying his uncle, a merchant, around Africa. Eventually, he moved to his mother’s native land of France, and earned his geology PhD from the University of Paris VI in 1974.

While exploring in 1968, Taieb had discovered a cache of snail fossils in what would be known as the Hadar Formation. He suspected that, due to the site’s proximity to where tectonic plates meet and push ancient rocks to the surface, the area could yield many other fossils, perhaps even those of early humans, and encouraged paleoanthropologists to investigate the site. In 1972, as a graduate student, he founded the International Afar Research Expedition (IARE) to thoroughly investigate the area. Two years later, Taieb, along with his IARE codirectors, paleoanthropologists Donald Johanson and Yves Coppens, made one of the most important discoveries in the field of human evolution.

Taieb and Coppens were on Johanson’s field team in 1974 when they found 52 bones and fragments of a member of the species Australopithecus afarensis, a hominid that lived from 2.9-3.9 million years ago. While her upper half indicated a small brain size and features of early apes, her lower body had features indicative that she was bipedal. This particular specimen dated back 3.2 million years and yielded enough information to name the species, and to contextual previously-discovered A. afarensis bone fragments from discoveries made during preceding decades. At the time, a particular Beatles song was popular in camp, leading the specimen to be nicknamed “Lucy.” 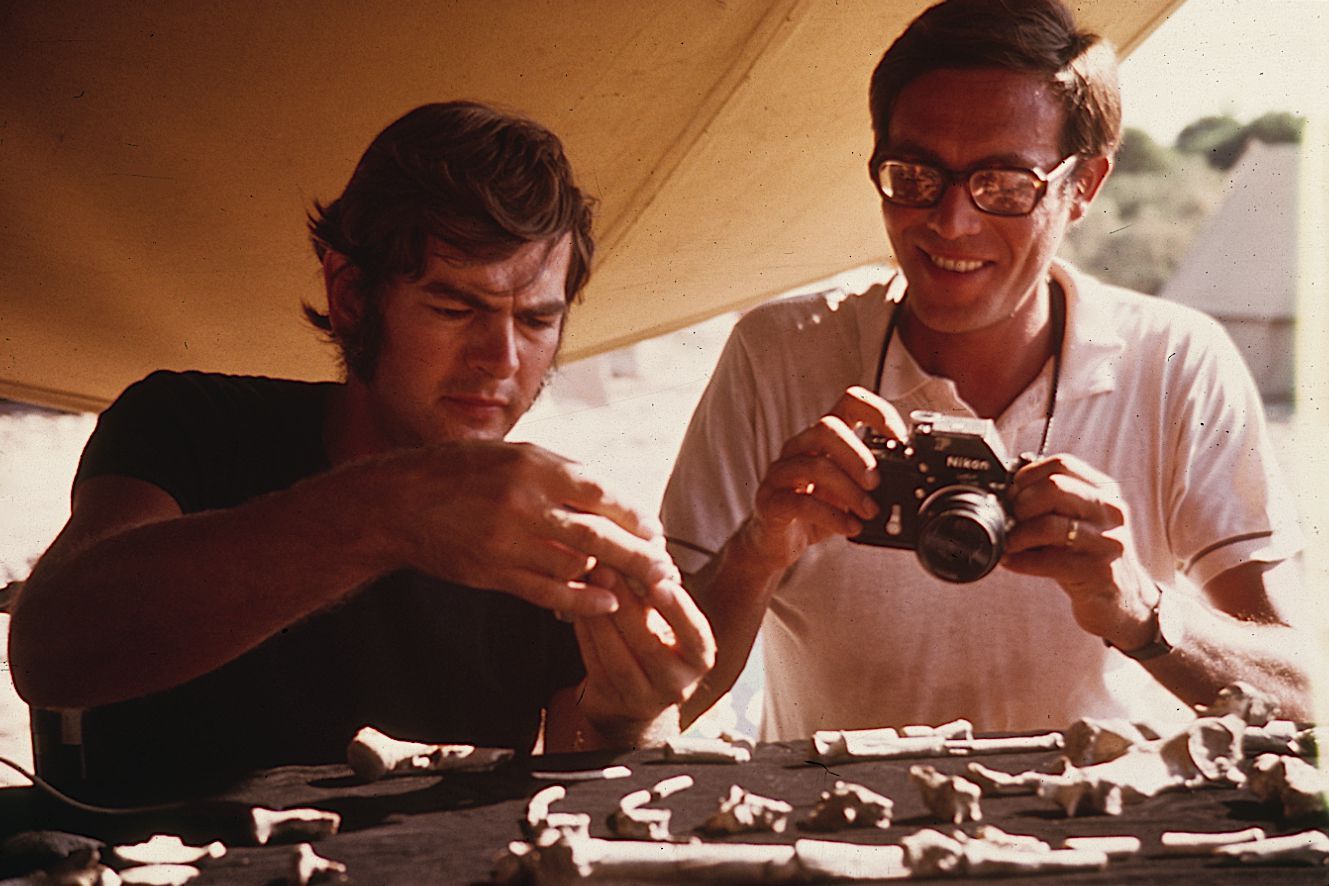 Johanson, who is the founder of the Institute of Human Origins at Arizona State University, tells The Scientist by email that Taieb was “an intrepid explorer and one of the most generous human beings I have ever known. His early geological field work in the Afar Region of Ethiopia prompted paleoanthropologists, biologists, archaeologists and geologists to follow in his footsteps.”

“Maurice Taieb’s inspiration led to an unparalleled record for human origins in Ethiopia that stretches back to 6 million years ago,” Johanson continues, referring to the wealth of fossils found over the years at the site. “I shall miss him as a close friend and valuable colleague.”

Politics and conflicts in the region brought myriad complications to Taieb’s expeditions over the decades following Lucy’s discovery, prompting him to explore other sites across other eastern Africa and other opportunities. In 1996, he joined the faculty of Aix-Marseille University, part of the French National Centre for Scientific Research, to study geology, paleoclimatology, and climatology, eventually becoming the Director of Research for the center.

According to center, Taieb is survived by his wife Ingrid and their two sons, Laurent and Jean Marc.