ABOVE: World Health Organization Director-General Tedros Adhanom Ghebreyesus (center) speaks at a meeting at the UN in Geneva on July 15.
WHO/CHRISTOPHER BLACK

Update (1/8): The World Health Organization announced yesterday that the death toll from the measles outbreak in DRC has surpassed 6,000, and called for more funding to fight the epidemic.

Nearly 2,000 deaths have been recorded from measles so far this year in the Democratic Republic of Congo, exceeding the number from the country’s widely publicized Ebola outbreak, World Health Organization Director-General Tedros Adhanom Ghebreyesus noted yesterday (July 15) in a speech. “Frankly, I am embarrassed to talk only about Ebola,” said Tedros, who goes by his first name, in remarks reported by Ars Technica.

The numbers Tedros referred to were published in a WHO bulletin earlier this month. It states that there have been more than 100,000 cases of measles in DRC between January 1 and June 16, 2019, and 1,879 deaths from the disease. By comparison, Ebola virus has infected 2,408 people since an outbreak of the disease began in DRC last year, 1,625 of whom have died.

The measles outbreak has also affected more of the country than Ebola has, Ars Technica notes, with cases recorded in 23 of its 26 provinces. The Ebola outbreak has been concentrated in just two provinces, although health officials are concerned it could spread. On Sunday, officials identified the first case in the capital of one of the affected provinces, the large city of Goma, near the border with Rwanda.

“We often talk about the need to bridge the humanitarian-development nexus,” Tedros said in his speech. “This is the moment to practice what we preach. WHO is committed not just to ending this [Ebola] outbreak, but to strengthening DRC’s health system. . . . To build trust, we must demonstrate that we are not simply parachuting in to deal with Ebola and then leaving once it’s finished.” 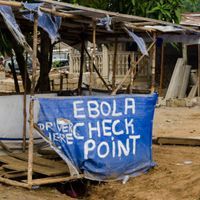 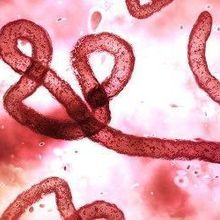 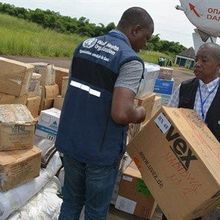