On November 14, ocular physiologist and creative arts philanthropist Laszlo Bito passed away from chronic obstructive pulmonary disorder, a condition that stemmed from his time as a forced laborer in a Hungarian coal mine, according to The New York Times. 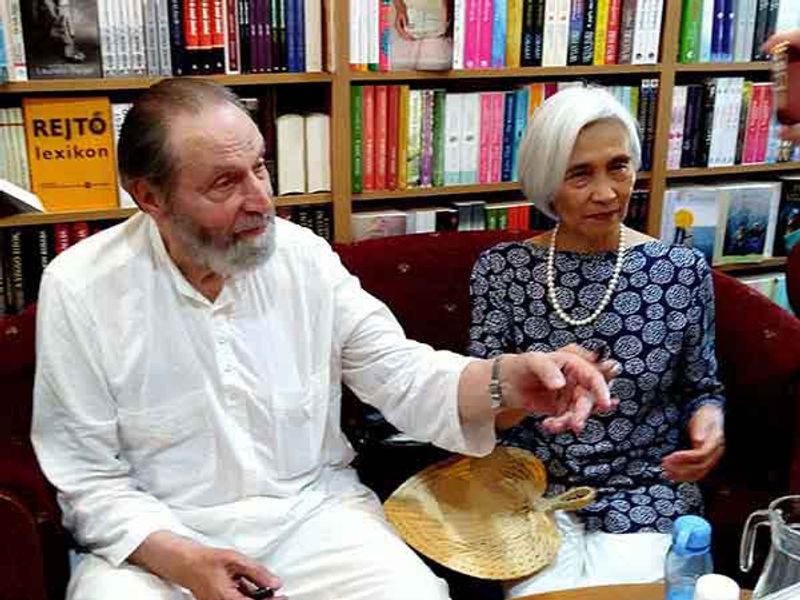 Bito was born in 1934 in Budapest, and in 1951, he and his family were deported from the city by the Hungarian communist regime, according to his website’s biographical timeline. He ended up in the city of Komlo where we was forced to work in the coal mines. He became a local leader in a revolt against such forced labor, but when the revolution failed, he escaped to Austria. He was granted asylum in the United States in 1956. There, Bito earned a degree in chemistry from Bard College in New York. He went on to earn his PhD in medical cell biology and biophysics from Columbia University in 1963, according to his website.

A July 2000 New York Times article notes that Bito’s research career focused on prostaglandins (PGs) and their effects on the fluid that builds up in the eyes of patients with glaucoma. This fluid can put so much pressure on the eye that it damages the optic nerve and leads to vision loss. Bito and his colleagues discovered that PGs lower intraocular eye pressure, writing in a 1982 paper that the effect was caused by “some very basic process common to all species [tested]. Thus we can expect that PGs also have a hypotensive effect on the human eye.”

Indeed, Bito’s prostaglandin work led to the development of the eyedrop commercially named Xalatan that is prescribed for glaucoma patients, according to the drug's distributor Pfizer. The medicine was patented in 1997 and earned both Columbia University and Bito millions of dollars in royalties, according to the Times. Bito used this wealth to fund creative outlets such as radio stations and Bard College’s conservatory of music. In total, he authored more than 150 scientific research papers covering aspects of eye biology such as the chemical makeup of eye fluids and dynamics of the eye microenvironment, according to the Helen Keller Foundation, which awarded him the Helen Keller Prize for Vision Research in 2013.

After his retirement from Columbia University in 1998, Bito went on to author several books about religion. Bito’s wife Olivia Carino tells The New York Times that her husband transitioned from science to theological writing because “He said he had done enough for physical blindness,” and that “Now it was time to do something for spiritual blindness.”

Bito is survived by Carino and two sons from his first marriage.