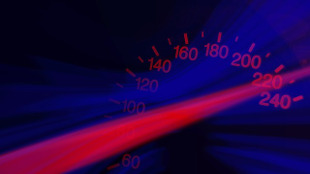 Studies in rats and mice suggest that in order to maintain an updated internal map of an animal’s position in the world, the brain needs to constantly integrate information about its context, borders, direction, space, and speed. Neurons representing each of these dimensions have now been identified thanks to a study published today (July 15) in Nature, which describes a unique population of “speed cells,” the activity of which mirrors the speeds of running and walking rats.

“The faster the animal walks, the faster the cells fire,” said study coauthor Edvard Moser, a neuroscientist at the Kavli Institute for Systems Neuroscience at the Norwegian University of Science and Technology who last year shared the Nobel prize in Physiology or Medicine for the identification of grid cells, a group of neurons found in the medial entorhinal cortex (MEC) of the rat brain that encode a representation...

Moser said that, after discovering these neurons, “it was immediately apparent that for these grid cells to be updated according to how we move around in the environment, there has to be a speed signal.” But finding such “speed cells” was complicated by a number of variables involved in studying how the brain changes as rats walk around. As rats move freely through space (occasionally pausing to eat pieces of chocolate in Moser’s experiments), changes in acceleration and deceleration, direction, and resting states can all impact neuronal activity. “Whenever [the rats] stop, they switch over to a different brain state,” Moser said.

“In the past, people just threw all that data into the mix and tried to analyze it,” said Jessica Cardin, a neuroscientist at Yale who was not involved in the study. It took a unique innovation to allow Moser and his colleagues to finally home in on these speed cells. The researchers designed what they call a Flintstones car for rats—a wheeled cart with no bottom that moves at controlled speeds, forcing the animal inside to run along with it.

By imposing specific velocities on the rats and removing the effects of resting periods, the researchers were able to separate neural activity linked to locomotion from that tied to speed. “The innovation here is really that causal disassociation of speed from everything else,” Cardin said.

Moser said that once he and his colleagues could clearly see the activity of the speed cells in the MEC, they were able to reanalyze data collected on freely moving rats and isolate the cells’ activities in those experiments as well. They found that speed cells update themselves and are immediately activated when a rat encounters a new environment. This, Cardin said, likely helps a tourist to find the quickest route back to her hotel after a day of meandering about Paris rather than retracing the meandering route step-by-step, much like an ant or a crab might.

The researchers also found that the speed cells operated the same even if the rats could not see the spaces through which they moved—that is, the neural activity didn’t change when the experiment was performed in the dark. “It suggests that the entire map works in a somewhat universal manner,” Moser said.

Geoff Ghose, who studies visual cortex neurons at the University of Minnesota but was not involved in the work, said that this apparently vision-independent nature of speed cells suggests the neurons operate prospectively. “It seems likely that the speed signals that are involved are actually the ones involved in control of your gait,” he said.

It could cost hundreds of milliseconds to depend on the movement of objects around you to update your position in space, Ghose said. Using information from motor neurons rather than sensory signals could save the brain precious decision making time. “If you’re taking a large part of a second to figure out how far you’ve gone, maybe you’ll run into a wall,” he said.

Although this study confirms the existence of speed cells and their location in the rat brain, researchers have yet to assign their specific cell type.

“We know that the cells are there, we don’t actually know which cells they are and how they interact with other cells,” Moser said. These are questions his group is now working to answer.

“This is one of those important pieces on the way to building up an understanding of how the system works,” said Cardin.