Metabolic signatures may be able to help doctors determine who is most likely to be protected from lung injury after exposure to toxic particles like those that filled the air and lungs of first responders on September 11, 2001, scientists report in a study published today (September 3) in Scientific Reports. The researchers identified 30 metabolites that seem to be associated with protection from lung disease after hazardous exposures and many of them may be related to a person’s diet.

Many people’s lungs are exposed to hazardous air based on their occupations or where they live, but it’s difficult to study environmental hazards “unless you have a clearly defined exposure,” says Ross Summer, a pulmonologist at the Sidney Kimmel Medical College. The firefighters who responded to the disaster site on 9/11 provide that clearly defined sample of individuals who were all exposed to similar toxins for similar amounts of time. “This may provide insight to all of us that are exposed to pollutants. . . .That’s the major strength of looking at [first responders from 9/11].”

Obstructive airway disease (OAD) is a narrowing of the lungs, caused by inflammation, thick mucus, or damage to the air sacs that leads to difficulty breathing. Researchers have identified myriad causes such as asthma and cystic fibrosis, but they also believe that environmental exposures, such as to the toxins and smoke present at the site of the World Trade Center on 9/11, play a role. Back in March, a team led by Anna Nolan, who studies environmental medicine at New York University, published a large study online in the journal CHEST, demonstrating that individuals who had signs of metabolic syndrome such as insulin resistance and cardiovascular disease within a few months of being exposed to hazardous fumes on September 11 were at a higher risk of losing lung function within the next 16 years compared to first responders who didn’t have the health conditions immediately after the terrorist attacks.

That study took serum samples from firefighters who had lost lung function and compared them to samples from first responders who hadn’t. Now, says Nolan, she and her colleagues have conducted “the flip side of that story.” Their latest work looks at a handful of patients who were exposed to the same particulates on 9/11, but whose lungs have remained healthy, in hopes of identifying any protective measures or early treatments that populations at risk might be able to take to prevent the disease.

The researchers acquired samples of the participants’ blood that had been drawn at a single time point, within six months of their exposure to the disaster site, before any had developed OAD. They analyzed hundreds of metabolites in the samples to identify patterns among 9/11 first responders who had similar exposure intensities, body mass indices, and other health measures. Despite these similarities, one group had gone on to develop lung injury, while the other seemed to be protected.

They found 30 metabolites associated with protection from OAD. The firefighters who hadn’t developed OAD in the time since 9/11 had higher levels of these metabolites than their colleagues who did, and those levels predicted the likelihood that a person would go on to develop OAD with 93.3 percent accuracy.

These metabolites included those derived from particular foods, leading Nolan and her team to suspect diet may be in part responsible for the disparities in outcomes, although she emphasizes that this is “just an association study.” High levels of amino acids, for example, imply a diet rich in protein, while higher levels of metabolites from omega-3 fatty acids reflect eating salmon and other fish.

“We’re very much interested in people’s diets and exactly what may be present as byproducts of that,” says Nolan. She’s hoping that further studies may point to changes in diet and lifestyle that can reduce the risk of disease before and after exposure.

“We’re seeing that our findings kind of mirror what is seen in other high particulate-matter–exposed populations,” she says, such as those who live near forest fires or in cities. “You often can’t avoid the exposure but you might be able to modify the negative inflammatory effects. . . . Trials will have to be done, but this is all kind of pointing in the same direction.”

The paper was “very limited,” says John Balmes, a pulmonologist at the University of California, San Francisco, mainly because of the sample size, which was only 30 people, 15 of which had been protected from OAD, and 15 which developed the disease. But he added that it was “very carefully done.” And that “if we had good biomarkers of the potential for lung injury after hazardous exposure it would be very helpful,” in terms of devising treatment plans. 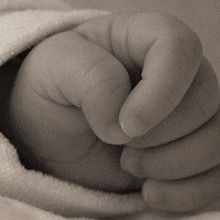