A month after announcing increased austerity measures on international travel for scientists, Mexico’s National Council of Science and Technology announced last month that at least one restriction would be loosened. Scientists would not require presidential approval for every trip abroad. However, the plan included other deep cuts to research budgets, decreasing funds for equipment maintenance, gasoline to collect field samples, and even the use of electricity inside research facilities. These restrictions remain intact.

The elimination of the approval requirement has not helped assuage concerns among researchers about the future of science in the country. “After a generalized rejection of the scientific community to [the most recent budget cuts] the only loosened action was not to ask direct permission to the president to go abroad. In other areas [of the reduced budget] there are no real impacts, as far as we can see,” Manuel Elias Gutierrez, an ecologist at El Colegio de la Frontera Sur, which is affiliated with the National Council of Science and Technology (Conacyt), tells The Scientist in an email.

Scientists at Conacyt-funded research centers have been required to only work during the daylight, to avoid the use electric lights, and to abstain from plugging in phone chargers to reduce energy bills. Field scientists, such as Edna González Bernal, who studies amphibians at the Instituto Politécnico Nacional in Oaxaca, don’t have funds for gasoline to collect field samples as Conacyt cut spending by 30–50 percent at its research facilities, according to Mexico News Daily.

Bernal grew up in Mexico but moved to Australia to complete her PhD. She returned to Mexico as part of a program that recruited early-career researchers back to the country. “These declarations have been made without a real evaluation of what science means in the country,” she says. “It’s a reflection of a strong lack of vision of what science can contribute for the development of the country.”

In December 2018, Andrés Manuel López Obrador became president. He promised to rid the government of corruption and to slash excess government spending—including his own salary, which is about 60 percent lower than that of his predecessor—and use the savings to alleviate poverty. Over the past six months, the president has made massive budget cuts that have led to layoffs, decreased wages for the highest-earning public officials, and scrapped plans for completing a partially built airport.

On May 3, he announced further budget cuts, including a measure that all public officials, including research scientists, would have to obtain approval directly from the president for any foreign travel, the budget for which had been reduced by 50 percent.

The savings are to be used to help fund Pemex, the state-owned oil company, which has more than $100 billion in debt.

But on June 5, Conacyt, which funds many of the country’s research institutes, released a statement that relieves researchers from needing López Obrador’s approval to travel, as long as they are not in “command and liaison positions.” Conacyt did not respond to a request for comment.

The announcement was little relief to the scientific community. Gutierrez says López Obrador misunderstands scientists. “He thinks we are all too wealthy.” The president has referred to scientists traveling in accommodations above economy class and participating in “academic tourism.”

“To hear declarations and to receive information that says something, and then a month later there’s a contradiction,” says Bernal, makes it “a very uncertain and frustrating time for science in Mexico.” 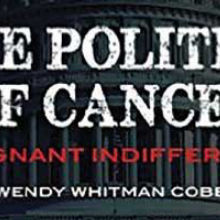