Update (February 3): A second man connected with one of Mexico’s largest butterfly sanctuaries is dead. The body of Raúl Hernández Romero, 44, was found on Saturday, February 1, with injuries that suggest he had been beaten with a sharp object. Authorities do not yet know if Hernández Romero's death and the death of Homero Gómez González are related or if the deaths are tied to the men's environmental conservation efforts, The Washington Post reports.

The body of Homero Gómez González, a fierce defender of central Mexico’s monarch butterfly population, was found floating in a well on Wednesday (January 29), The Washington Post reports.

Gómez González, 50, disappeared on January 13. Immediately afterward, local authorities launched a search to find him, and the state attorney general began investigating his disappearance. People who claimed to have kidnapped him started to call his family and demand ransom payments, and fellow conservation activists speculated that loggers or criminal groups might have targeted Gómez González because of his efforts to conserve the monarch butterflies’ winter habitat, in the pine and fir forests roughly 150 kilometers northwest of Mexico City. 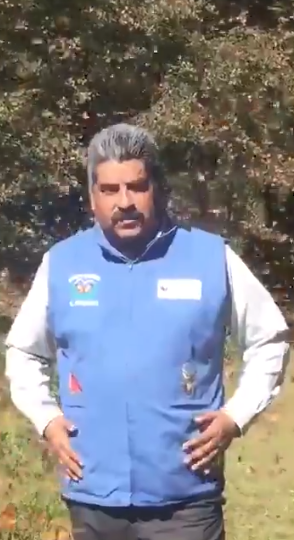 Each winter, millions of monarch butterflies migrate to a few hilltops in the in the Mexican state of Michoacán, and the lands became federally protected in the 1980s. Gómez González managed the El Rosario Monarch Butterfly Preserve, one of the most visited sanctuaries on the protected land, and his conservation efforts were contentious with loggers.

“It’s been a fight to maintain it,” Gómez González told The Washington Post last month. “And it hasn’t been easy.”

One of the biggest threats to the butterflies’ habitat is illegal logging. A former logger himself, Gómez González previously expressed his understanding that the industry helped many workers avoid poverty. But he also said he witnessed the magic of being surrounded by millions of monarchs and saw the potential for tourism. He started working with conservationists and scientists to preserve the butterflies’ habitat and even a posted a video of himself with the monarchs hours before he disappeared.

Authorities said yesterday that they found Gómez González’s body floating in a well in El Soldado de Ocampo, a community close to the butterfly sanctuary. There were no signs of violence apparent on his body, according to the Post. An autopsy will be performed to determine the cause of death.

Gómez González’s family and friends still have no details about his death. But Gloria Tavera, an official with Mexico’s National Commission of Natural Protected Areas, said last week that she did not think his disappearance was related to his activism to save the butterflies.

“We think they are independent things,” she said.