Bluma Lesch, a geneticist at Yale University, was in the midst of a study on epigenetics and development when her subjects starting dying inexplicably. A year before, she had bred mice to examine how epigenetic alterations in their fathers’ sperm might affect them, but had not noticed any abnormalities before. At first, she couldn’t believe it.

“I kept showing that data to different people, kind of asking them to point out what was wrong with the experiment,” she says.

She had knocked out the gene Kdm6a, also known as Utx, only in the fathers’ sperm. The gene encodes an enzyme that removes methyl groups from histones—epigenetic marks that can activate or inactivate portions of DNA.

The enzyme is thought to play an important role in development. It also happens to be located on the X chromosome, meaning that if she inactivated it...

“So the idea was that loss of Utx in the father’s germ line might induce some epigenetic changes,” Lesch tells The Scientist. “Then, if we saw a phenotype in the offspring, we could infer that the phenotype was based on epigenetically inherited changes rather than a genetic loss.”

Lesch and her team knocked out the gene in the sperm of mice, which led to abnormally high levels of methylation on histones in the sperm. The team bred these mice with females that had a normal copy of Kdm6a. Because the male offspring would not inherit the abnormal gene, the team believed that any developmental abnormalities could then be attributed to the hypermethylation of the father’s sperm.

The offspring shared more than 200 unique epigenetic markers with their fathers, but, despite these changes, the mice all seemed to be developing normally. It wasn’t until a year later when they started dying earlier than mice from fathers that weren’t genetically manipulated.

Once she analyzed the animals, she found that the mice had unusually high amounts of tumors than their wildtype counterparts.

The story then began to make sense. The enzyme that Kdm6a encodes, lysine-specific demethylase 6A, is not only involved in regulating genes that control development, but also acts as a tumor suppressor. After the mice died, the team noticed that the offspring of the knockout mice had more tumors and had developed them earlier than their wildtype counterparts. The effect was even more pronounced in a second generation of mice, and it seems it could be reversed by restoring the expression of the gene in the father’s sperm.

Next, the team profiled the locations of the epigenetic marks on the offsprings’ genomes and found that they were distributed in a way that indicates the loss of Kdm6a in the sperm made certain parts of the genome more sensitive to epigenetic changes. Then they showed that the most commonly altered regions were home to genes that play roles in tumorigenesis.

The study, published April 9 in eLife, suggests that epigenetic changes that can alter cancer susceptibility and mortality may be passed down through generations. 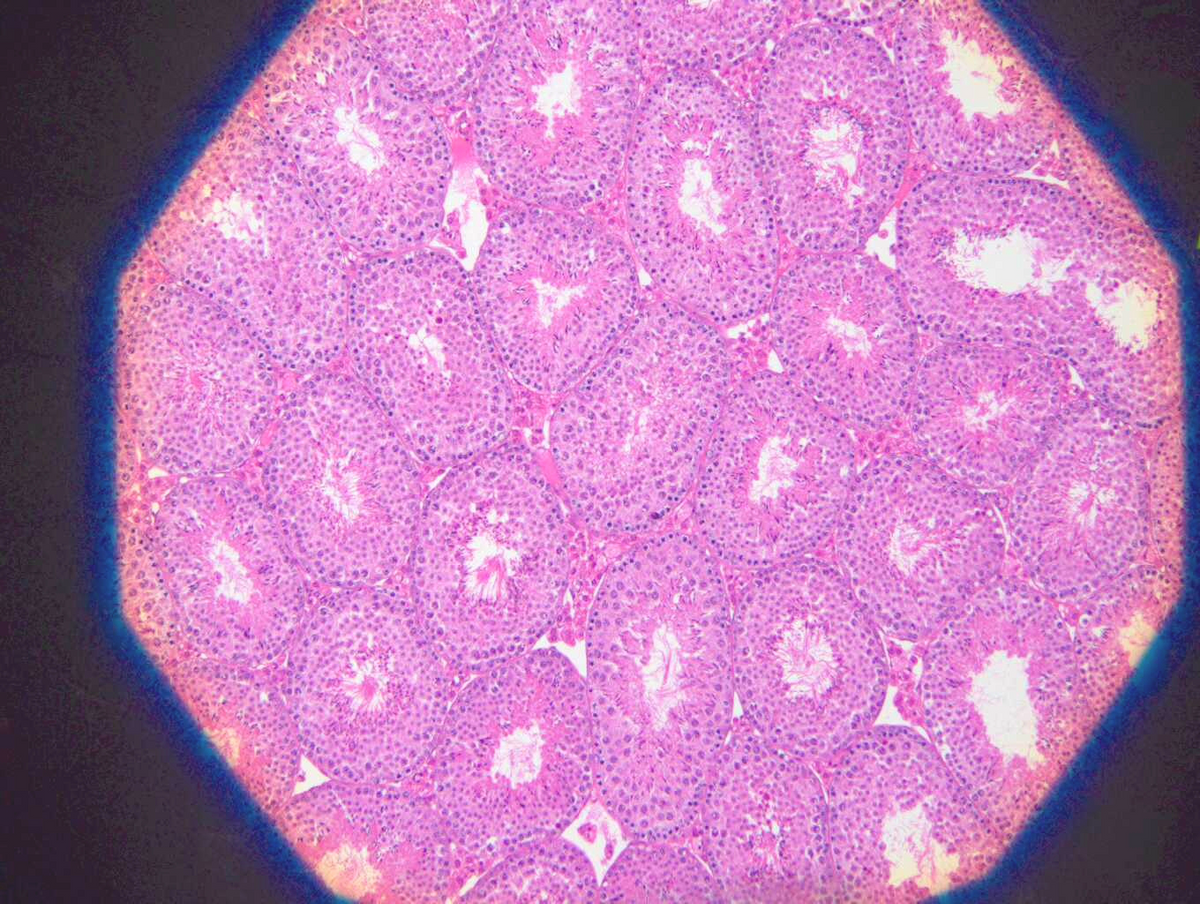 “They further strengthen the growing view that men provide more than just a swimming half-genome to their offspring,” Oliver Rando, an epigeneticist at the University of Massachusetts who was not involved in the study, tells The Scientist in an email, “and provide a very nicely-controlled system for further investigation of the mechanisms by which this can occur.”

In future studies, Lesch and her group hope to clarify the mechanisms through which the molecular changes lead to increased cancer risks.

“The increased cancer incidence in the next generation is very convincing,” says Rando. “The molecular changes reported for sperm are somewhat less convincing, and in my view, it remains unclear how the system works, but I have no doubt about the intergenerational phenotype, and this is very exciting and provides the foundation for future studies.”

The study brings up another important point, says Kiyomi Kaneshiro, a graduate student studying epigenetics at the University of California, Santa Cruz, who was not involved in the study. Some cancer drugs target epigenetic regulators and when doctors treat patients with them, “we’re also exposing their germ cells to these drugs and our understanding of how that might influence offspring that might develop from these gametes is really limited.” The study is “raising the point that it’s important we understand this process.”