Mice lacking their intestinal microbiota lose the rhythmic patterns in fat uptake that cycle diurnally in mice with their microbiomes intact, researchers reported today (September 26) in Science. The phenomenon is a consequence of the microbes’ influence on the host’s gene regulation. Microbes direct the activity of an enzyme called HDAC3 that in turn influences the activity of mouse genes important for metabolism and, ultimately, the absorption of fat, according to the study.

“Our finding that the intestinal microbiota programs the daily rhythmic expression of small intestine metabolic networks illuminates an essential role for the microbiota in regulating host metabolism and indicates that the microbiome, the circadian clock, and the mammalian metabolic system have tightly coevolved,” the authors write in their report.

Previous research had shown that the gut has a circadian clock, processing nutrients differently depending on the time of day. Researchers had also shown that the microbiome was important for this rhythm, as wiping it out also wipes out the intestines’ daily cycles.

For this latest study, the authors looked specifically at the differences in intestinal epithelial cells between mice with and without a microbiome. One major difference was in the production of HDAC3, a protein that represses gene activity by pulling acetyl groups off histones. The presence of the microbiome determined whether HDAC3 was recruited to target genes, and whether those genes subsequently had daily cycling of acetylation on nearby histones. The rhythmicity of this process was also influenced by a known circadian clock gene in the mice, showing that the microbiome and the host both serve as the gut’s timekeepers.

HDAC3 also acted upon fat absorption by teaming up with another protein and manipulating the expression of a gene called Cd36, which is involved in lipid transport. It did so directly, rather than through histone deacetylation, and instead of repressing gene activity, HDAC3 turned on Cd36.

The results highlight “just how intertwined” hosts’ and their microbiomes’ metabolisms are, Andrew Gewirtz, a microbiologist and immunologist at Georgia State University who was not involved in the work, tells Science News. “It’s a very intimate interaction, regulating things as basic as circadian rhythms, which was quite a surprise.”

The messenger between the microbes and HDAC3 in the epithelium isn’t clear, nor is it known yet if this relationship exists in humans.

If it did, “the cooperation between microbiota and circadian oscillations in intestinal metabolism would have increased the energy intake from food in our ancestors,” Faraz Bishehsari and Ali Keshavarzian of Rush University Medical Center write in an accompanying commentary. “This might have been advantageous in overcoming the pressure of scarce food and a low-calorie diet rich in plants,” but, they say, in food-rich societies, it might be backfiring on humans’ health. 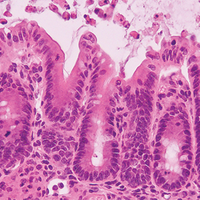 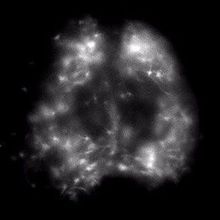