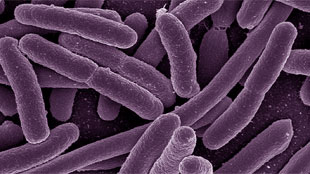 The human body is largely not human. It contains trillions of microbes that outnumber out own cells 10 to 1, affecting our health and behavior. Now, an international consortium of around 200 scientists has mapped this diverse microbial community at an unprecedented level of detail, and shown just how much it varies from person to person.

“This represents a yet another milestone that will help to expand our knowledge about the invisible world of human-associated microbes,” said Peer Bork from the European Molecular Biology Laboratory, who was not involved in the study.

The team, working together as part of the Human Microbiome Project (HMP), studied the microbes of 242 healthy volunteers, aged 18 to 40. They collected samples from 18 body parts for women and 15 for men, from the nostril to the crease behind the ear—habitats as different to bacteria as deserts...

“The project has surveyed more body sites, in more individuals, with greater depth of sequencing than any previous study,” said Curtis Huttenhower from the Harvard School of Public Health, who is the lead author on one of two papers that describe the main results, published today in Nature. Many other papers, published in PLoS journals, describe the denizens of specific body parts.

In cataloguing the healthy human microbiome, the HMP has already yielded some surprises. For example, although each body part is characterised by some signature microbial groups, no species was universally present across every volunteer. “One of the HMP's original mandates was to define the core microbiome, or the bugs that everyone shares,” said Huttenhower. “It looks like there really aren't any.”

And microbe species that were shared across people still differed in terms of specific strains and genetic make-up of those strains. “Even when we carry the ‘same’ microbes, they seem to have small differences between their genomes just like people do,” Huttenhower said.

However, these varied microbes carry out overlapping jobs, including creating and breaking down nutrients. “This incredible species diversity leads to an incredible conservation at the level of molecular function,” said Rob Knight from the University of Colorado in Boulder, who was part of the consortium. “This suggests different bugs are performing the same jobs in different people, just like every city has bankers and lawyers and salesmen that make the city's ecology tick,” said Huttenhower.

While major disease-causing microbes were very rare, all the volunteers, even though they passed a rigorous health screen, carried opportunistic pathogens—microbes like Staphylococcus aureus that are normally harmless but occasionally go rogue and cause disease. This parallels the situation in our own genome, where genetic variants that confer a high risk of disease are rare, while those that pose a moderate risk are more common.

The HMP team revealed that our microbial communities are most diverse in the mouth and the gut, and least so in the vagina. They also showed that these communities are very stable over time, by sequencing extra samples from 131 of their volunteers after several months.

“We are similar yet different, but stable in our differences,” said Dusko Ehrlich from Institut National de la Recherche Agronomique (INRA), who was not involved in the study. “If we were all the same, there’d be no signal. If we were all different, you couldn’t do a comparison. If we changed all the time, there would be too much of a moving target. Instead, we have hope for capturing interesting differences that matter for our health.”

So far, the HMP has accumulated around 3.5 terabytes of data, all accessible through public databases. “It’s a real treasure trove,” said Ehrlich.

Still, “there is a lot of work ahead to understand the data,” Bork noted. For example, what causes the individual differences in microbial diversity? Age, gender, and body weight only explain a fraction of the total variation, and other factors such as diet, geography and host genetics probably play a role too.

Despite the variation, the HMP still aims to characterize a “healthy” Western microbiome, which could be used to understand how and why the microbiome changes with disease, and how it interacts with our own cells and genes. Such studies are close to providing new diagnostic tools, and may lead to new ways of treating diseases, said Huttenhower. “The human genome's taken a decade to be translated into clinical practice, and the same process is already beginning for the microbiome,” he said. “It will be very exciting to see the field of microbiome research also start to influence personalized medicine.”