Obesity is on the rise across the globe. The worldwide prevalence of the condition has nearly tripled over the last four decades, and approximately 13 percent of adults were obese in 2016. This staggering rise poses a public health concern: not only is obesity tied to bodily ailments such as cardiovascular disease and diabetes, epidemiological investigations have revealed that it is also linked to cognitive decline—and higher chances of developing dementia and other brain-related disorders later in life.

Researchers have recently started to shed light on how weight gain affects the brain, and over the last few years, microglia, the brain’s resident immune cells, have emerged as the key culprit. Several rodent studies paint a picture of activated microglia gobbling up dendritic spines that form synapses in obese animals’ brains as the cause of cognitive decline. A study published today (September 10) in the Journal of Neuroscience provides strong new support for this theory.

While prior studies have drawn robust associations between microglia and obesity-related cognitive decline, Elise Cope, a postdoc at Princeton University, says none had yet addressed whether those cells were actually causing the behavioral changes. “The novelty of our study was where we decided to see if blocking microglia using three different methods could actually prevent the dendritic spine loss and improve cognitive function,” Cope says.

Our data together suggests that microglia are overeating synapses that are potentially useful in the obese brain, and that’s what’s leading to cognitive decline.

To address the question of causality, Cope and her colleagues used one transgenic technique and two pharmacological interventions to examine microglial activity in the hippocampus—a brain region involved in memory and spatial cognition, among other things—of mouse models of obesity. First, they looked at the effects of overeating on animals missing one allele for the gene encoding the microglial receptor for fractalkine, a molecule released from neurons that acts as a “find me” signal that attracts the brain’s immune cells. Then, they investigated the effects of administering one of two drugs after the rodents had been eating high-fat diets for around two and a half months—minocycline, which dampens microglial activity, and annexin-V, which prevents dying cells and synapses from releasing an “eat me” signal that helps trigger the phagocytic activity of the microglia.

In all three cases, mice on a high-fat diet with impaired microglia did not exhibit the loss in dendritic spines and poor performance on memory tasks observed in obese animals with their brain’s immune cells functioning normally. “Our data together suggests that microglia are overeating synapses that are potentially useful in the obese brain, and that’s what’s leading to cognitive decline,” Cope says.

Ruth Barrientos, a behavioral neuroscientist at the University of Colorado, Boulder, who was not involved in the work, tells The Scientist in an email that because minocycline—an antibiotic used to alleviate acne and other conditions—is not a microglia-specific inhibitor, it could be preventing the obesity-induced cognitive effects in others ways as well. “However, a major strength of the study was that they used three separate approaches to reduce microglial activation or disrupt its function, and all three approaches revealed consistent findings,” she writes.

The observation that minocycline and annexin-V can block the excessive pruning and cognitive decline caused by diet-induced obesity is “really encouraging,” says Sarah Spencer, a neuroscientist at RMIT University in Australia who was not involved in this work. “It’s suggesting that it’s possible to rescue the detrimental effects of obesity with treatments that influence microglial activation.”

As the researchers only used male mice, it would be interesting to see “if females with obesity show the same profile,” Spencer tells The Scientist. She adds that while sex differences should be considered in all studies, it’s especially important to address them in this case because researchers have previously observed that synaptic density in the hippocampus changes throughout the ovarian cycle. (Cope says that she and her colleagues focused on male animals because, unlike in humans, female mice do not gain weight on a high-fat diet in the way that males mice do. The reasons why are still unclear.)

How obesity leads to microglial reactivity remains an open question, but Cope’s study provides some clues. When the researchers compared fat- and sugar-based diets, they found the mice had similar levels of cognitive decline, which points to increased body fat and weight gain—rather than the food itself—that are activating the microglia, Cope says. “It’s worth exploring further to see if blocking signaling mechanisms in body fat would prevent the effects of obesity on the brain.” 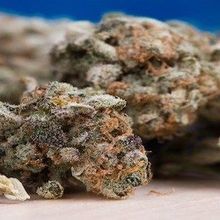