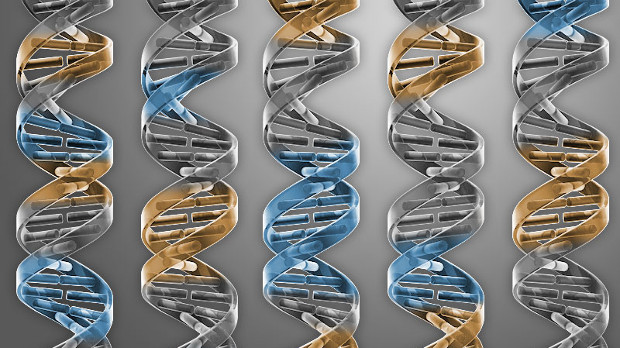 C. BICKEL, SCIENCEBy stripping down the genome of a mycoplasma bacterium to the minimal genes required for life, Craig Venter and colleagues have created a new organism with the smallest genome of any known cellular life form. The work, published in Science today (March 24), is the closest scientists have come to creating a cell in which every gene and protein is fully understood—but they are not quite there yet.

“In biology, as we’ve been trying to do genetic and biological engineering, we’re frustrated by the fact that . . . evolution has given us a real mess—it’s really just bubble gum and sticks, piecing together whatever works,” said biomedical engineer Chris Voigt of MIT who was not involved in the study. “This [work] is one of the first attempts at a grand scale to go in and try to clean up some of the mess . . ....

The quest to synthesize a minimal genome with only the essential genes for life is one researchers at the J. Craig Venter Institute (JCVI) in San Diego have been doggedly pursuing for the better part of two decades. Clyde Hutchison, an investigator at JCVI and lead author of the new study, explained the motivation: “We want to understand at a mechanistic level how a living cell grows and divides,” he told The Scientist, and yet, “there is no cell that exists where the function of every gene is known.” Possession of such fundamental knowledge, he added, would also put researchers “in a better position to engineer cells to make specific products,” like pharmaceuticals, Hutchinson said.

The team’s starting point was the bacterium Mycoplasma genitalium, which has the smallest known genome of any living cell with just 525 genes. However, it also has a very slow growth rate, making it difficult to work with. To practice synthesizing genomes and building new organisms, the team therefore turned to M. genitalium’s cousins, M. mycoides and M. capricolum, which have bigger genomes and faster growth rates. In 2010, Venter’s team successfully synthesized a version of the M. mycoides genome (JCVI-syn1.0) and placed it into the cell of a M. capricolum that had had its own genome removed. This was the first cell to contain a fully synthetic genome capable of supporting replicative life.

With the genome synthesis and transfer skills mastered, the next step was to make the genome smaller, explained Hutchison. One approach would be to delete the genes one by one and see which the cells could live without. But “we thought we knew enough, that it would be that much faster to design the genome, build it, and install it in a cell,” said Hutchison. The problem was, “we weren’t completely right about that,” he said. “It took quite a bit longer than we thought.”

Using JCVI-syn1.0 as their starting material, the researchers initially designed a minimal genome based on information from the literature and from mutagenesis studies that suggested which genes were likely essential. They divided this genome into eight overlapping segments and tested each one in combination with the complementary seven-eighths of the standard JCVI-syn1.0 genome. All but one of the designed segments failed to sustain viable cells.

Going back to the drawing board, the team decided to perform mutagenesis experiments on JCVI-syn1.0 to determine, categorically, which genes were required for life. Their experiments revealed that the genes fell into three groups: essential, nonessential, and quasiessential—those that aren’t strictly required, but without which growth is severely impaired. The failure to include these quasiessential genes in the initial design explained in large part why it had failed, explained Hutchison. “The concept of a minimal genome seems simple, but when you get into it, it’s a little more complicated,” he said. “There’s a trade-off between genome size and growth rate.”

Equipped with this knowledge, the team redesigned, synthesized, and tested new genome segments retaining the quasiessential genes. Three iterative cycles of testing later, the team had a genome that successfully supported life.

“This is a really pioneering next step in the use of synthetic biology,” said Leroy Hood, president of the Institute for Systems Biology in Seattle who also did not participate in the research.

Ultimately the team removed 428 genes from the JCVI-syn1.0 genome to create JCVI-syn3.0 with 473 genes (438 protein-coding genes and 35 RNA genes)—considerably fewer than the 525 genes of M. genitalium. Interestingly, the functions of around one-third of the genes (149) remain unknown. “I was surprised it was that high,” said Hood, “but I also think we kid ourselves about how much we know about the genomes of organisms. There’s still an enormous amount of dark matter.”

Some of these genes of unknown function appear to be conserved in higher eukaryotes, said Hutchison. “Those, in a way, are the most exciting,” he said, “because they might represent some new undescribed function that has spread through other life forms.”