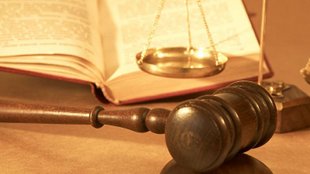 A federal judge last week granted cancer biologist and biochemist Philippe Bois, who was charged with scientific misconduct in 2011, a hearing to defend himself against the charges.

If the ruling goes uncontested by the Office of Research Integrity (ORI) and the Department of Health and Human Services (HHS), Bois will be the first researcher granted such a hearing since ORI instated stricter misconduct regulations in September 2005.

"We argued, and the federal agreed, that the [HHS administrative law judge]"—who dished out the ruling of misconduct last May—"acted unreasonably and violated the law when she denied Dr. Bois a hearing and deprived him of the chance to prove any mistakes were unintentional errors," said Bois’s lawyer, Richard Goldstein of the law firm Donoghue, Barrett & Singal, PC.

On May 16, 2011, the ORI found that Bois committed two counts of research misconduct while working as...

After the ORI issues a charge letter, the accused researcher has 30 days to respond to each point in detail and request a hearing to further defend him or herself against the allegations before an administrative law judge (ALJ). Bois requested a hearing in the allotted time, but the ORI moved to dismiss the request on the grounds that he raised no new factual evidence to contradict the charges. After reviewing the case, an ALJ from the HHS Departmental Appeals Board agreed with the ORI, officially debarring Bois from federal research funding for 3 years.

But Bois appealed the hearing to federal court, arguing that the so-called falsifications were, in fact, merely honest mistakes. On the first count, he claimed that he “forgot” about conducting the initial experiment that contradicted the findings he published and, thus, it was not purposeful deceit.

On the second count, he held that the court ignored testimony from the postdoc who conducted the experiment in question. According to Bois’s account, he took instruction from the postdoc when labeling the figures and thus he was unaware of the falsification.

District Court Judge Amy Berman Jackson reconsidered the case upon his appeal and last Friday (March 2) submitted her opinion. She upheld ORI’s findings for misconduct on the first count because Bois did not submit any new “admissible” factual evidence, and agreed with the ALJ that “his failure to review his lab notebooks before reporting the results of the [experiment] was sufficient to support a finding of reckless research misconduct on its own” (emphasis original).

But on the second count, Judge Jackson held that Bois deserved a hearing—not because his factual evidence was particularly compelling, she emphasized, but because the ALJ failed to respond to his argument thoroughly.

“Dr. Bois’s story lacks coherence, and he provided little that would enable the ALJ to find it to be particularly plausible or persuasive,” the opinion reads. “But the ALJ was required to at least acknowledge his version and explain her reasons for rejecting it. And it is here that the ALJ stumbled.”

This reasoning does not bode well for Bois’s chances of being cleared of charges, which remains in the hands of the original ALJ, said George Annas, the head of health law and bioethics at Boston University. “It’s hard to believe any of those [explanations] are going to influence the judge who heard the case in the first place,” he said. “Unless he has some information we don’t know about—new information to present to show that this wasn’t intentional—it seems unlikely he’s going to get a clean bill of health from this judge.”

ORI rarely entertains defense hearings. Since 2006, the agency has closed 153 cases of misconduct according to annual reports. Bois is the fifth researcher to request a hearing in that time, but none of the previous requests were ever heard: two were dismissed by ORI, and one was withdrawn by the researcher.

The fourth request was the closest ORI ever got to hosting a hearing in the last 5 years. Scott Brodie, a former AIDS researcher from the University of Washington was charged with 15 counts of misconduct in 2009. He requested a hearing, and the judge “held that Dr. Brodie raised triable issues about his intent to commit scientific misconduct,” as well as the reasonableness of 7-year disbarment period from federal funding.

But before a hearing took place, the ALJ submitted a recommendation to HHS upholding the original charges. Brodie appealed this decision and the lawsuits are still pending.

If Bois’s hearing is not similarly dodged, his hearing will be the first since ORI regulations changed in 2005.

HHS and ORI have no comment to make on the case at this time.

The overhaul of ORI regulations in 2005, designed to streamline the misconduct procedure, was quite broad. The regulations clearly outlined the burden of proof required, the definition of misconduct, and gave the HHS Assistant Secretary for Health the opportunity to review decisions made by the ALJ.

The process to decide whether a hearing is warranted was also altered, with cases after 2005 decided by an ALJ instead of three scientist members of the Departmental Appeals Board.

But whether the changes actually caused injustice to researchers is unclear. Hearing requests are very rare, said James Wells, director of the office of research policy at the University of Wisconsin, perhaps because ORI only goes after the gravest offenses.

“In general, ORI doesn’t have unlimited resources, so [the agency must] cherry pick what they get, and then maybe they go forward on one-third of those cases,” Wells said. “They seem to take the more serious cases and, in particular, those that have to do with fabrication and falsification.”

However, HHS and ORI still have the opportunity to further appeal the most recent decision to grant Bois a hearing. And, as Brodie’s case showed, there are other mechanisms to evade such costly and time-consuming legal proceedings.

Until then, the Judge Jackson ordered that Bois’s debarment from federal funding be lifted.