ABOVE: An fMRI brain scan from a study participant who had a hemispherectomy as a child
CALTECH BRAIN IMAGING CENTER

As a treatment for severe epilepsy, some children have half their brain surgically removed. Although these patients may end up with sensory, movement, or language deficits, remarkably, many of the kids are able to fully develop their cognitive and language skills. In a study of six adults who underwent hemispherectomy as kids published yesterday (November 19) in Cell Reports, scientists report that various neural connections between different brain regions were stronger among these patients than in other adults—a possible explanation for how children adapt after the surgery.

“The other hemisphere is already having to handle extra responsibilities before patients get treated,” Lynn Paul, a neuroscientist at Caltech and a coauthor of the study, tells The New York Times. “It continues to do so when you take out the damaged hemisphere.”

All of the patients in the study were high functioning, despite them having one brain hemisphere either completely removed, or partially removed and then severed from the other hemisphere. They and six healthy volunteers underwent fMRI scans at rest, and the researchers compared those results to an fMRI dataset from 1,482 people.

The team found that all subjects had similar neural activity within brain regions that performed a particular function, say within the vision center of the brain or the sensorimotor processing region. But connections between those functional regions—that is, between vision and sensorimotor areas—were stronger among most of those who’d had brain surgery than among the other participants. And these links appeared to be stronger among all seven of the functional regions examined.

The authors write in their report that the result “could thus reflect an adaptive increase in network integration necessary to support overall cognitive functioning and conscious experience despite the loss of typically available brain structure that supports homotopic functional organization.”

“Their brain networks seem to be multitasking,” Marlene Behrmann, a cognitive neuroscientist at Carnegie Mellon University who was not involved in the study, tells the Times. 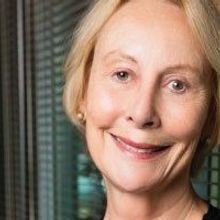