MIT biological engineer Ram Sasisekharan may have copied other researchers’ designs for antibody therapies and passed them off as his own, according to researchers at Adimab, a New Hampshire–based private firm focused on antibody discovery. Outlining the allegations in a paper published last week (May 20) in mAbs, the company claims that at least two monoclonal antibody drugs in development—one against Zika and the other against influenza—described by Sasisekharan’s lab bear strong resemblances to already published work.

“We assembled the facts, we checked the facts with the leading antibody experts outside of Adimab and they all agreed with us,” paper coauthor Tillman Gerngross, Adimab’s CEO, tells Endpoints News. “If you look at the facts it looks like serious misconduct.”

Sasisekharan’s lab focuses on the use of computer algorithms to discover and develop new drugs—an approach that has helped him launch three biotechs and attract considerable investor interest, according to STAT, which first reported the story last week (May 21).

The influenza and Zika antibodies were described by Sasisekharan and colleagues in 2015 and 2018, respectively. Both cite a design process based on “engineering,” and indicate that the amino acid sequences were arrived at using available data on antibody-antigen interfaces and structures.

However, the Adimab researchers allege that these designs are highly similar to those of influenza and Zika antibodies already described by other research groups in 2011 and 2016, respectively. “Cross-referencing the published data to patent databases, we established the sequence identity of said computationally designed antibodies,” the researchers write in their paper. “In both cases, the antibodies align with high sequence identity to previously reported antibodies of the same specificity.”

The researchers make a “very strong case,” William Schief, an immunologist at the Scripps Research Institute who reviewed Adimab’s article pre-publication, tells STAT. “If you look at the original [MIT] papers that reported these antibodies, they don’t give a really clear description of how they identified the epitope or how they designed the antibodies.”

Sasisekharan denies the allegations in an email to STAT. The claims are “inaccurate and slanderous,” he writes, and there are “fundamental differences” between the two Zika antibody therapies in question. He also notes that it was not his lab but Visterra, a biotech company he cofounded more than a decade ago, that described the influenza therapy.

STAT also reports that MIT issued a statement saying that, “while federal regulations and MIT policy do not allow us to comment on any particular matter research integrity at MIT is paramount. MIT has policies and confidential processes in place to assess concerns that might be raised.”

Shares in Otsuka, a Japan-based company that acquired Visterra last July for $430 million, dropped 1.6 percent after the news broke last week, according to Med City News.

The Adimab group says that its findings cast wider doubt on the integrity of Sasisekharan’s research. “We looked at exactly two cases, and in both did we find irregularities,” Gerngross tells STAT. “To me, if you’re sitting in the kitchen and two fat cockroaches walk across the floor, what’s the chance that there’s only two?” 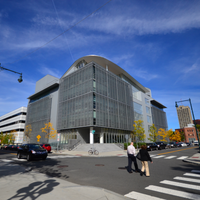